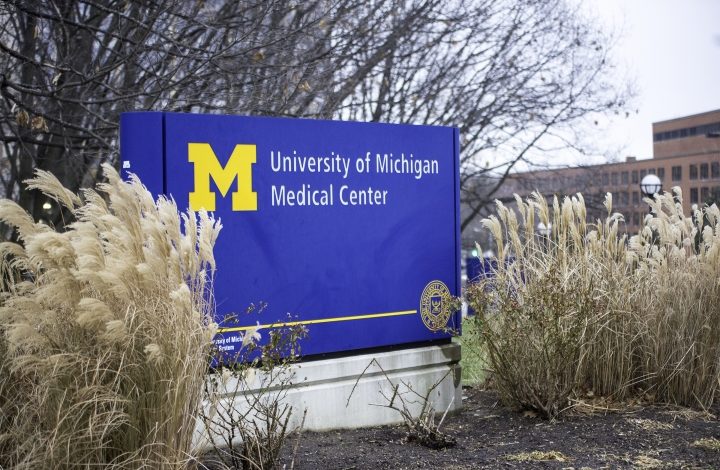 DETROIT — Physicians and caregivers are now finding small, tentative glimmers of hope at hospitals across the state as the coronavirus crisis appears as if it could reach its peak in the next few days, according to Dr. Steven Kalkanis, CEO of the Henry Ford Medical Group, who is also the hospital system’s senior vice president and chief academic officer.

Throughout the system, hospitals are now discharging more patients with the virus to recover at home than seeing new patients in its emergency rooms. Michigan Medicine doctors are seeing similar outcomes, as are others from hospitals across the Metro Detroit region.

“We’re not ready to say that we’re through the peak of it because we are actively managing capacity and resource concerns, but we do have several glimmers of hope,” Kalkanis said Thursday according to a report from Bridge Magazine and the Detroit Free Press.

He added that patients are being weaned off of ventilators, of which there had been a shortage previously.

“Secondly, we’re getting patients successfully weaned off of ventilators more than those who need to go on ventilators,” Kalkanis said, according to the report. “And third, based on our own internal analytics, our numbers of COVID-positive patients in the community presenting to our emergency rooms seems to be tapering off and is slightly less than what we would have predicted.”

The daily rate of patients being admitted to Michigan Medicine has been declining for several days, Parekh said, adding that they’ve been “hearing the same from other health systems in the region.”

He’s also encouraged that the state’s so-called “doubling time”, the number of days it takes for positive cases in the state to double, has also been slowing.

Early on, it was two to three days. Now it has slowed to nine days statewide, which he said is a sign that the Michigan coronavirus curve is flattening.

“But we can’t let up our guard,” he said, according to the Free Press. “There is still a long period on the other side of the curve, so to speak.”

Dr. Teena Chopra, professor of infectious diseases at Wayne State University, who is also in charge of infection control for the Detroit Medical Center, said its hospital admissions for COVID-19 are still on the upswing, however.

“We are not seeing a slowdown,” Chopra said, and estimated DMC likely won’t see one for two to three weeks. Chopra cautioned against drawing early conclusions about a flattening curve. Doing so, she said, may create “false hope” that could prompt people to stop observing social distancing and ultimately lead to more lives lost.

State and federal models have anticipated the state would hit its peak of hospital beds on April 7.

Meanwhile Governor Whitmer has extended her stay-at-home order until April 30.

The Institute for Health Metrics and Evaluation at the University of Washington has also lowered its anticipated death toll in Michigan. Just a few days ago, the projection was 3,000 deaths, but it has now been scaled back to 2,100.

Michigan had 21,504 confirmed coronavirus cases and a total of 1,076 deaths as of Thursday afternoon, according to the Michigan Department of Health and Human Services, with at least 56 full recoveries documented.