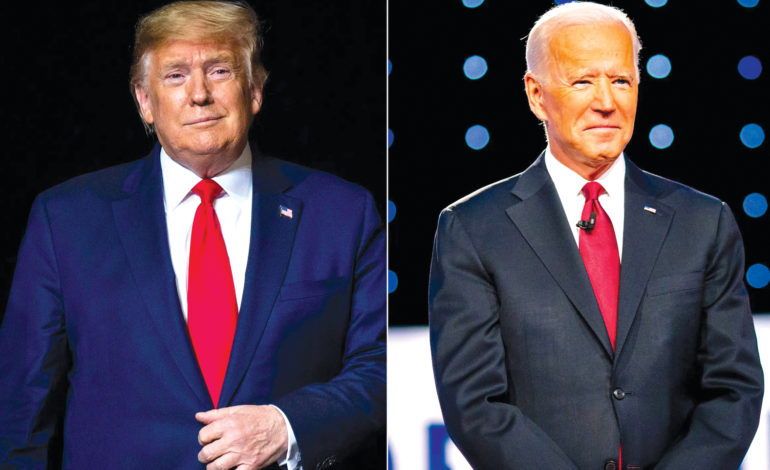 “As Muslim families across America and around the world celebrate the beginning of Ramadan, Jill and I want to extend our best wishes to all who are observing this holy month,” Biden wrote on Medium.com.

“Americans of all backgrounds have come to respect the discipline and values of Ramadan. We have stood in awe of athletes like Kareem Abdul-Jabbar and Ibtihaj Muhammad as they abstained from food and drink during the heat of competition. We have seen Muslims give generously to strengthen our communities and lift up the most marginalized among us. Above all, we have felt the sense of unity, joy, and deep reflection that this month creates for our Muslim friends and neighbors.”

Biden said that Ramadan will feel different this year, considering that the coronavirus pandemic will prevent gatherings from happening the community.

“The global pandemic and public health necessities will mean friends and family cannot come together for nightly iftar dinners, gather for communal prayers in mosques and organize charitable activities in the community. But we also know that it is ultimately spiritual proximity — and not merely physical proximity — that makes Ramadan meaningful to those who observe.”

Biden also highlighted the success of American Muslims within the country, saying that they are “leading on the frontlines every day as doctors, nurses, first responders, scientists, small business owners, retail workers and more.

“Their service to our nation has always been essential, in every sense of the word.”

Biden also noted that many Muslims have suffered from “vicious attacks and discrimination, bigotry and ignorance” and added that he believes political leaders should bear responsibility for preventing such occurrences.

“I strongly believe that it is one of the chief moral responsibilities of our leaders to root out and allay those sentiments rather than fan the flames of hate.

“I stand steadfastly with Muslim Americans against insidious and un-American actions like the Muslim Ban. In a country made strong by diversity and replenished by wave after wave of immigrants, nothing could be more antithetical to our values than government-sponsored discrimination.”

Biden concluded with well wishes to the community.

“Until we are able to come together again, Jill and I wish Muslim families Ramadan Mubarak (which means a blessed Ramadan), and all our best wishes for the holy month ahead.”

Also on Thursday, Trump, who has been criticized for anti-Muslim rhetoric in the past, said he wished Muslims across the nation and the world “Ramadan Mubarak” as well, saying he prays for those observing the holy month.

“Over the past months, we have seen how important the power of prayer can be during challenging times,” he said in a brief message on WhiteHouse.gov. “Today, as the holy month of Ramadan commences, I pray that those who are observing this sacred time find comfort and reassurance in their faith.

“For millions around the globe, this holy month is an opportunity to renew and strengthen their faith through rigorous fasting, devout prayer, reflective meditation, reading the Qur’an, and charitable deeds.

“These acts are closely aligned with the universal values that the Islamic faith promotes—peace, kindness, and love and respect for others,” Trump said.