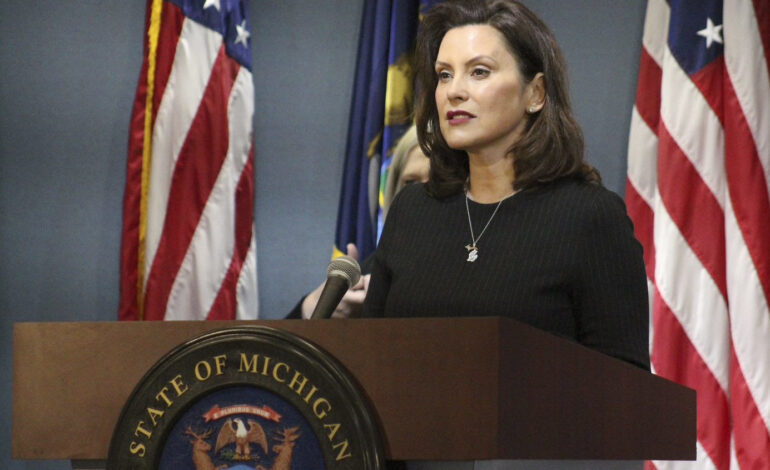 LANSING — On Thursday, after the Republican-controlled Michigan legislature all but declared victory in their battle to reopen the economy and effectively end Governor Whitmer’s emergency powers, Whitmer took swift and decisive action by signing four new executive orders to continue fighting COVID-19 and the save lives of Michiganders. She released the following statement Thursday night.

“COVID-19 is an enemy that has taken the lives of more Michiganders than we lost during the Vietnam War. While some members of the legislature might believe this crisis is over, common sense and all of the scientific data tells us we’re not out of the woods yet. By refusing to extend the emergency and disaster declaration, Republican lawmakers are putting their heads in the sand and putting more lives and livelihoods at risk. I’m not going to let that happen. Today, I signed new emergency and disaster declarations using independent sources of statutory authority to make sure our health care workers and first responders have the tools they need to save lives and protect Michiganders. We’re all in this together. Defeating COVID-19 is an all hands on deck moment for our state, and I remain hopeful that Republicans in the legislature will stop the partisan games and start working with me to re-engage our economy safely and responsibly.”

Note: Under 2020-69, places of public accommodation are encouraged to offer food and beverage service in one or more of those ways and use precautions to mitigate potential transmission of COVID-19, including social distancing and wearing face coverings.

The executive orders cite extensive data validating the existence of an emergency and disaster across the state of Michigan, Whitmer’s office said in a statement. It added that although the pace of COVID-19’s spread has showed signs of slowing, the virus remains aggressive and persistent, citing 41,379 confirmed cases of COVID-19, and 3,789 deaths from the disease, “fourfold and tenfold increases, respectively, since the start of this month.”

Whitmer’s office said that the virus was in fact spreading into communities outside of southeast Michigan with cases in some counties in Western and Northern Michigan now doubling every six days or faster. It also said that the economic damage caused by COVID-19 will compound over time, citing skyrocketing unemployment claims and a University of Michigan forecast that says the U.S. economy will contract by 7 percent in the second quarter of this year, an annualized rate of about 25 percent.

Whitmer promised to veto Senate Bill 858, which passed the legislature on Thursday, saying that it does not comply with constitutional requirements. Whitmer’s office said the governor will not sign any bills that constrain her ability to protect the people of Michigan from this deadly virus in a timely manner.