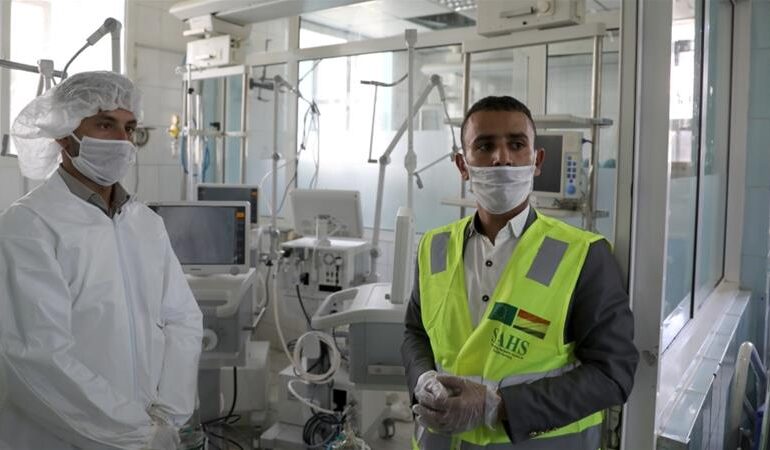 More than three million Yemenis are displaced, many in camps being especially vulnerable to disease [File: Khaled Abdullah/Reuters]

WASHINGTON, D.C. — The United States will send $225 million in emergency aid to Yemen to support food programs, Secretary of State Mike Pompeo said on Wednesday, according to Reuters.

Aid groups have been forced to scale down operations in the country, which has been rocked by food insecurity and war in recent years, because of the coronavirus and other factors relating to its ongoing civil war.

“This assistance will provide the U.N. World Food Program’s emergency food operation in southern Yemen, as well as a reduced operation in northern Yemen, which the WFP was forced to scale down earlier this month because of the ongoing interference of (the) Iran-backed Houthis,” Pompeo said in a news conference.

The war has been exasperated by Saudi Arabian military strikes, backed by the United States. A 2019 resolution to withdraw U.S. support for Saudi military operations passed Congress, but was vetoed by President Trump last April.

Yemen is currently grappling with the world’s largest humanitarian crisis. Around 80 percent of the country’s population rely on aid and 10 million are facing famine. Yemen has the world’s fourth highest internally displaced population and healthcare is scarce in rural areas.

The news came as Yemen also reported its first two coronavirus deaths and multiple cases in the country, its health minister told Yemen TV late Wednesday, according to a report from Al Jazeera. The new cases were reported in the southern port city of Aden, prompting authorities to impose a three-day, 24-hour curfew. On Tuesday, the U.N. said there was a “very real probability” that the virus is circulating through communities in the country.

The report also said that Yemen’s two warring sides are expected to agree to a truce soon, despite ongoing fighting in violation of a recent ceasefire.

Five years of conflict have left thousands of civilians dead and nearly 3.7 million internally displaced, according to the U.N., which has left the country’s population especially vulnerable to the coronavirus.