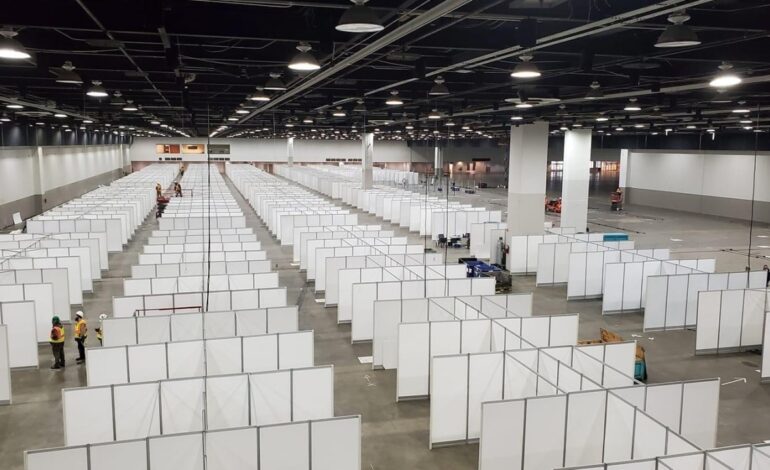 The 1,000-bed TCF Center field hospital in the city's downtown is no longer caring for COVID-19 patients.

DETROIT – The 1,000-bed TCF Center field hospital in the city’s downtown is no longer caring for COVID-19 patients and is “officially closed down,” Detroit Mayor Mike Duggan said Thursday.

At most, the care center inside the convention center cared for about 15 to 20 patients at any given time, the mayor said during an afternoon news briefing after noting in recent days that just a few patients were at the site.

The TCF Center treated a total of 39 patients from the time it opened, state TCF spokeswoman Michelle Grinnell said in an email. The convention center was transformed into a medical facility last month with the help of the U.S. Army Corps of Engineers in just over a week.

“A large number of the beds are going to stay there on reserve,” Duggan said. “Right now, things are going our way, but we if decide to abandon, with the warm weather, social distancing, we’ll need the beds over at the TCF Center again. We need to be careful.”

The TCF Regional Care Center opened on April 10 when Detroit was “on a straight line up” with its cases, the mayor said.

A small number of administrative staff will remain onsite to facilitate the transition from an active field hospital to its “paused” status, Grinnell said. The decision was made based on health data improvements, including “a reduction in hospital surge capacity overload,” she said.

The good news comes as Detroit, one of the cities hardest-hit by the virus in Michigan, has reported a decline in its daily death totals.