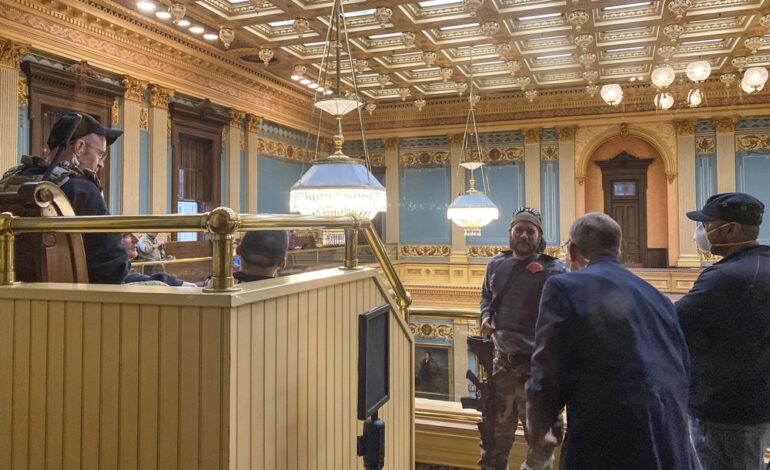 LANSING – Michigan Attorney General Dana Nessel has sent a letter to the Michigan State Capitol Commission confirming that the Commission has the legal authority to prohibit the presence of firearms in the state Capitol, if it chooses to do so. The AG says that authority is consistent with the current state of the law regarding firearms in public buildings and an informational letter sent to Speaker Lee Chatfield in 2018.

“The Capitol is a place for free expression of thought and debate,” Nessel said. “But the freedom of civil discourse does not imply the right to threaten others with harm or violence. In our current environment and as the chief law enforcement officer in this state, I am gravely concerned for the safety of both our legislative members and the public at large.

“With exceptions to those tasked with protecting our Capitol, the only way to assure that a violent episode does not occur is to act in concert with the many other state legislatures around the nation that have banned firearms in their capital facilities. The employees at our Capitol and members of the public who visit are entitled to all the same protections as one would have at a courthouse and many other public venues. Public safety demands no less and a lawmaker’s desire to speak freely without fear of violence requires action be taken.”

Nessel wrote in her letter to commissioners that the Commission has the legal authority to ensure the “safety of the visiting public, as well as those who carry out the people’s work by prohibiting firearms within the Capitol building.” The AG notes that the regulation of firearms generally stems from state statute, but the prohibition of firearms from public spaces does not need to originate from the legislature.

The Michigan Supreme Court, for example, adopted an administrative order that bars firearms from any courtroom, office or other space used for official court business or by judicial employees without prior approval. That order applies to open carry of firearms as well, Nessel notes, as it was cited in a Court of Appeals decision in an open carry challenge to a school district prohibition of weapons on school grounds.

“The concept of ‘open carry’ in Michigan law does not provide the unfettered right to bring firearms into any public space,” Nessel wrote in her letter.

The Supreme Court also ruled that state law, which preempts regulations by local units of government, does not apply to school districts. Therefore, a non-local unit of government – such as a school district, the Supreme Court or the Michigan State Capitol Commission – may lawfully impose regulations that impact firearms. Nessel notes in her letter that residents are currently permitted to enter the Capitol while clad in body armor and armed with high-capacity loaded semi-automatic assault weapons.

“This is permitted during active legislative sessions and during moments of controversial debate where emotions and passions are known to run hot,” she wrote. “At the risk of stating the obvious, this is an absurdly dangerous combination that would cause the heart of any security expert to skip a beat.”

During recent protests at the Capitol, many residents have been carrying firearms, leading lawmakers and other Capitol employees to express that they felt threatened and feared for their safety. Nessel’s position on restrictions to open carry and weapons possession is consistent with guidance provided to House leaders from the previous administration of the Attorney General’s office.