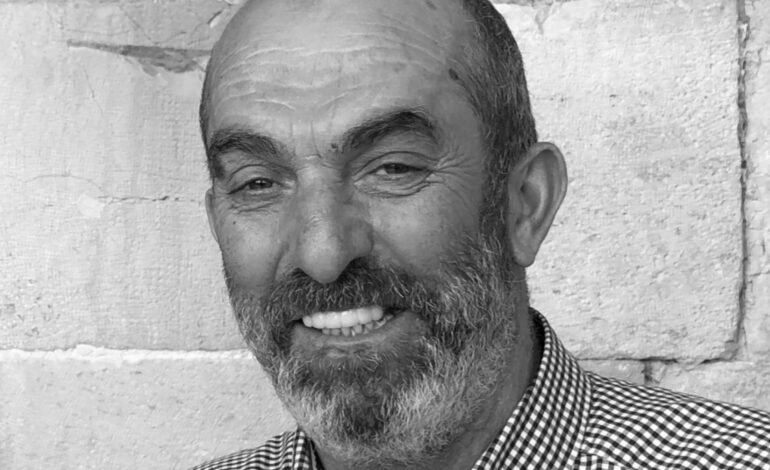 Photos courtesy of the Abdrabbo family.

CANTON — Many were saddened to hear of the passing of beloved business owner Abdelfattah Abdrabbo, who succumbed to COVID-19 on April 27 at the age of 65. Besides running the successful Sunrise Import and Export in Detroit, Abdrabbo was known for his charity work, selflessness and generosity.

Abdrabbo was ill for four weeks with the virus that has plagued much of Metro Detroit. He spent 21 days on a ventilator. Abdrabbo’s son, a physician himself, monitored his symptoms at home, but the family rushed him to the ER once his conditioned worsened. He was then tested and diagnosed with COVID-19 pneumonia. Abdrabbo’s wife, Aziza, was also admitted the same day, but was discharged after a week. Abdrabbo’s family clung on to hope of his recovery from the unpredictable and serious illness. His daughter Dr. Amali Abdrabbo Elabed spoke of her family’s ordeal while her father remained on a ventilator at the hospital.

“We called the doctors and nurses around the clock,” Elabed said. “We had charts of his labs and vitals. Analyzing blood gases, ventilator settings, heart rate, blood pressure, liver and kidney functions every second of the day. We were obsessed.”

Abdrabbo’s family remained by his side virtually through the ordeal. They would stay on FaceTime for five hours each nurse’s shift until the battery would give out, reading verses from the Quran or just listening to him breathe. Elabed said that the ventilator gave her family hope, and that after 21 days, things seemed to look up.

“We spoke to the doctor about the goal for the day and the goal for the rest of the week,” she said. “My heart pounded with joy to hear the doctor say, ‘Your dad’s lungs are more compliant. They are responding to the FiO2/Peep settings and we are happy with where we are at. I would say give it four days and he will be off the ventilator.’ I couldn’t believe we were almost at the finish line.”

On April 27, however, Elabed said God had a different plan for her father. Elabed said doctors couldn’t make sense out of Abdrabbo’s worsening condition and had zero explanation. Abdrabbo passed away with his wife and son at his side, while the rest of the family stayed close through FaceTime.

Abdrabbo was born in a small village outside of Jerusalem, Palestine. He moved to New Jersey in 1977 and then moved to Dearborn in 1990, where he lived until 2010. He lived in  Canton for the past 10 years.

“He lived his early life mostly with absolutely nothing,” son Dr. Mohammed Abdrabbo said. “Working as a stocker at grocery stores as a young 20-something-year-old immigrant from Palestine. Barely knew English, if any. He shortly moved on to entrepreneurship, which would foreshadow his life long career.”

Hard work being emblematic of many Arab immigrants, Abdrabbo put six children through college, children who would grow up to becomes doctors, pharmacists and teachers.

“My dad would hire people who are at a disadvantage, like refugees or people who desperately needed a job, even if the position wasn’t open,” said daughter Lena. “I remember meeting one of his workers who had a mental disability and I noticed it took my dad extra effort to give him direction. He kept him busy with carrying boxes and organizing the store. My dad expressed how blessed we are and we should reach out to help anyone not as fortunate.” “He was a dear friend, more than a brother,” Masri Sweets owner and long time friend Khader Masri said. “He was loving and generous. He was never a materialistic person. His simplicity and humbleness are the reason why his reputation preceded his name.”

Many knew of Abdrabbo’s generosity and deep devotion to his religion. More than 16 mosque leaders spoke and gave a tribute during his Zoom remembrance tribute. Local imams shared stories of how they used to come to his business and ask for gifts for children who excelled at school, which Abdrabbo would give away at no charge. In a touching gesture, hundreds of cars pulled up to funeral prayers at Masjid Bilal, the mosque he would open every morning for Fajr prayer, with mourners staying in their cars to pray.

“He was loved by all the imams in Canton, Dearborn and Detroit because he supported them all,” daughter Sara said. “Our role model left behind a legacy to follow. My siblings and I want to continue to live through his giving hand, so we created a campaign page to support his philanthropic passions.” Abdrabbo’s daughter Sara and son-in-law Ibrahim walking away from his grave after his burial at Knollwood Memorial Park Cemetery in Canton, MI The LaunchGood page has more than 1,700 supporters and has raised more than $68,000 in a few days: www.launchgood.com/aburami

“I was once close to a humble man who worked tirelessly in this life while simultaneously focusing on his hereafter,” Abdrabbo’s son-in-law said, Ibrahim El-Kadri. “That man happened to be my father-in-law, and best friend. I will miss him forever.”

“He never acted like a normal patient, he always was so easy to talk to and I instantly loved him,” a close family friend, Dr. Thabet Abbarah recalled.”I never made a friend from any of my patients but he’s different. Right when he came into the office, he was easy to talk to, easy to listen to. His words instantly touch your heart. You can’t help but connect with him right away.”