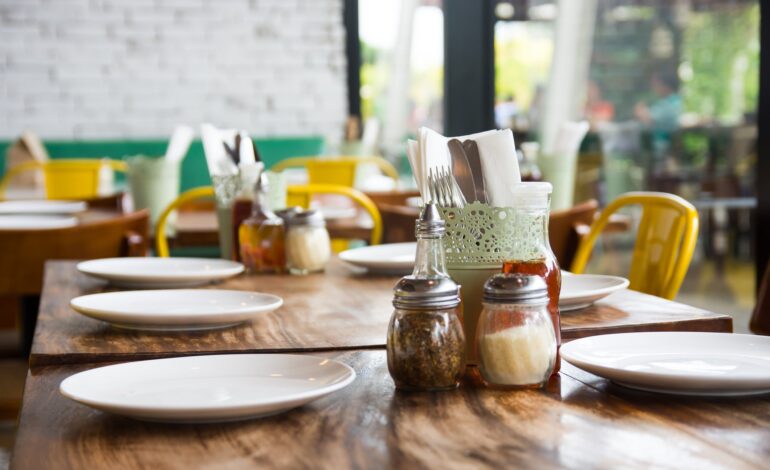 LANSING — Large numbers of Michigan restaurants and bars are hoping to reopen for dine-in service on May 29, according to a proposed “roadmap” to reopening released earlier this month by the Michigan Restaurant & Lodging Association.

Instances of harm from the COVID-19 disease caused by the coronavius have continued to decline, but dozens of cases and numerous deaths are still being reported.

The state’s death toll attributed to the virus reached 4,891 on Sunday after the state added 11 deaths to its total. The number is the lowest daily death addition for the state since March 24 according to The Detroit News.

According to Justin Winslow, president and CEO of the Michigan Restaurant & Lodging Association, 20 restaurants a day are permanently going out of business under coronavirus restrictions. The number was drawn from survey data from mid-April showing that 4 percent of owners say they won’t reopen at all.

“That’s alarming,” Winslow said. “That shows how necessary the opportunity to open is to the industry.”

Their roadmap to reopening includes guidance such as requiring masks for workers and keeping tables and bar stools six feet apart. The plan also calls for restaurant owners to buy Plexiglass counter shields that sell for $157 each, taking staff temperatures before shifts and the regulation of hand washing.

Customers will be asked to order takeout instead if they have a cough or diarrhea. Dining rooms would also be reconfigured to keep more distance between patrons and cleaning products capable of removing the coronavirus from surfaces would be utilized. Personal protective equipment, including masks for everyone on staff, would also be ordered, according to BridgeMi.com.

The proposed actions came as part of an eight-category checklist and 26 pages of suggestions, which can be read here.

The group is also asking for a date for reopening, but the state has not addressed restaurants as part of its plans for re-engaging the Michigan economy.

Whitmer’s “Stay Home, Stay Safe” order was extended until May 28 earlier this month.