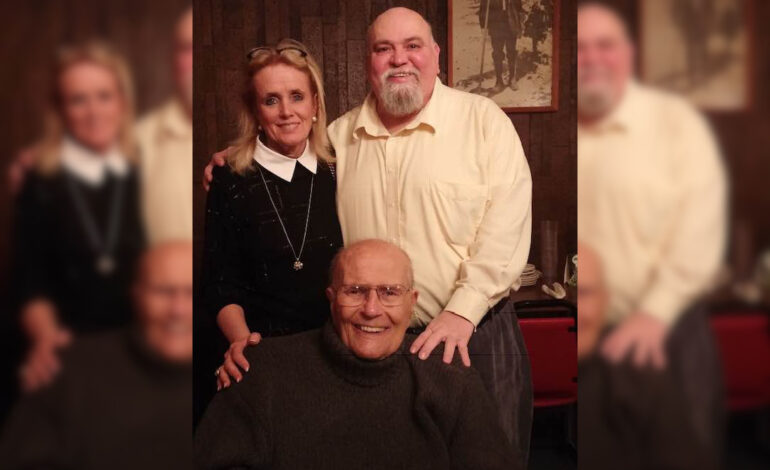 “The city of Wyandotte is deeply saddened to announce the passing of our mayor, Joe Peterson,” the city government posted on its Facebook page. “Mayor Peterson served the city in numerous capacities for many years and his love for Wyandotte was undeniable.

“Our sympathies and prayers go out to his wife, Janice, his sons, his grandchildren, his extended family, his many friends, as well the residents who he loved serving. Any further details will be announced at a later time.”

U.S. Rep. Debbie Dingell (D-Dearborn) offered the following short biography on Peterson in her statement on the mayor’s passing:

“Joe Peterson was one of John’s and my dearest friend, a rock of a man and solid friend to many. A veteran who served his country during the Vietnam War, who became a victim of Agent Orange – but it never ever dampened his spirit or the work that he did. For nearly four decades, Joe was an active member of the community, striving to make the city a better place for all. Before beginning his career in public service, Peterson spent 27 years serving the city as a police officer in the Wyandotte Police Department. Upon his retirement, Joe became active in public service and was elected to the Wyandotte City Council in 2005. By 2009, Peterson was elected mayor—a position he has held ever since.

“He was recognized by many as a dedicated, compassionate and effective leader who humbly strived for excellence without seeking praise or recognition for any of his significant accomplishments. Joe spent his life working for others, always caring about everyone, watching out for fellow veterans and fighting for his beloved Wyandotte. He just was there, a warrior who lived and cared. And the world has lost another good man who made it a better place because he was here.” At this time, Peterson’s death does not seem to be COVID-19 related. Peterson was open about his long-running health problems, however, as the downriver publication News-Herald reported on Sunday:

“Peterson was open about his struggles dealing with health issues that came about through his exposure to Agent Orange while serving in Vietnam. The powerful herbicide and defoliant chemical was used by the U.S. military to eliminate forest cover. However, it later was found to cause major illnesses in many of those who were exposed to it.”