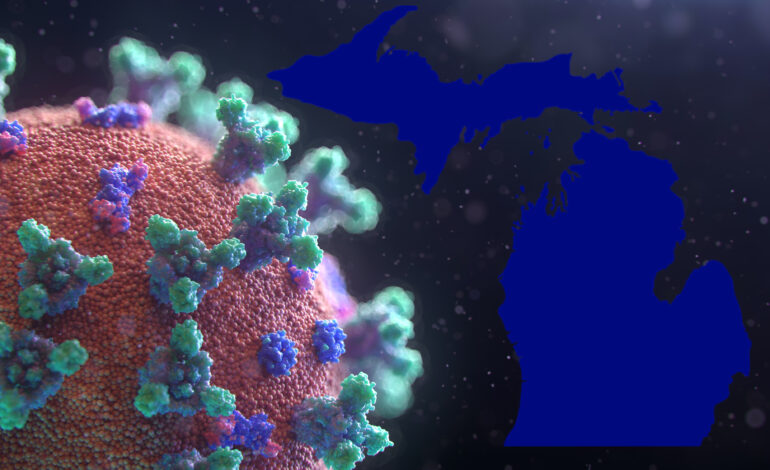 A new online dashboard shows a steady decline in numbers.

LANSING — Michigan announced a new online tool that displays data, in graphical form, for COVID-19 cases, deaths and tests by economic region. The state said the website, https://www.mistartmap.info, shows regional trends, providing a snapshot of how much of the virus is in a community and whether it is increasing or decreasing.

Overall, the rates of number of positive tests, new cases and deaths continue to decline in the most populated counties like Wayne, Oakland and Macomb, which fall in the “Detroit” region on the website. Each of these counties seemed to have a spike in deaths around the same time in mid-April. Western parts of the state or the “Grand Rapids” region, which encompasses several counties, appear to suffer from a slower decline in these numbers.

Most of the lower peninsula of the state continues to exist in the “Medium-High Risk” category, or Phase Three, of Governor Whitmer’s six part MI Safe Start Plan to gradually reopen the economy, sector by sector.

The website divides the state into MERC (Michigan Economic Recovery Committee) regions, which are designations based on where a high volume of people live and work based on data from the U.S. Department of Labor. The regions are used to effectively handle outbreaks resulting from returns to work.

The new online tool was announced on Tuesday, May 26, along with that of expanded state-wide testing. Whitmer signed a new executive order that expands the type of medical personnel who can order a test and expands the category for who is eligible for a no-cost test at more than 200 community testing sites in Michigan.

Deaths from COVID-19 in the “Detroit” region, which includes Wayne, Macomb, Oakland and other major counties. Source: MI Start Map

Though this still does not mean a test for anyone and everyone in the state, a doctor’s note is no longer needed and anyone working outside of the home, or who has been exposed to someone with the virus, can get tested even if they do not display symptoms.

Michiganders eligible for testing include someone who:

Those who wish to be tested may call the Michigan coronavirus hotline at 1-888-535-6136 or visit www.michigan.gov/coronavirustest to find a testing location near them.

At a press conference in Lansing on Tuesday, Dr. Joneigh Khaldun, the state’s chief medical executive, said that this is a further move towards broadly expanding testing in the state. She also said that those who are in the low-risk category for the disease and are not showing symptoms may sometimes get a false-positive result if they get tested. The above categories therefore concentrate testing towards those who are at higher risk of catching the virus. Last week, the city of Detroit announced testing for any of its residents, no prescription or healthcare department recommendation needed, at its State Fairgrounds testing site.

On Tuesday, Whitmer said national data shows Michigan to be one of the states that has controlled and curbed its COVID-19 cases, as the data on the state’s new COVID-19 dashboard shows. She added that this is the time to stay vigilant and keep the numbers down instead of a rush to open the entire state back up. She recently announced the reopening of auto manufacturing in the state. Cases of the virus were reported in reopened facilities almost immediately after the planned restart.

The live stream will start at 2:55 p.m. and the press conference will begin at 3 p.m.