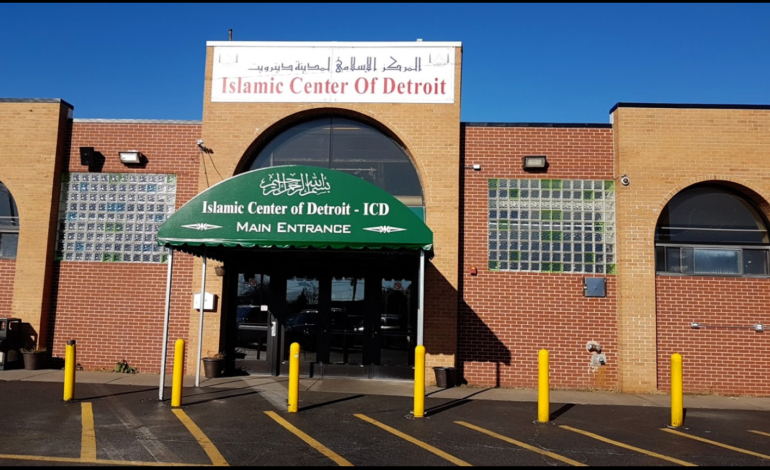 One such event is a press conference on Wednesday, June 3 at 3 p.m. at the Islamic Center of Detroit. Photo: Google

DEARBORN — Arab Americans will continue to participate in actions in solidarity with African Americans and in demonstrations against police brutality across the country. In Metro Detroit alone, prominent Arab Americans are joining others to condemn the senseless killing of George Floyd at the hands of a Minneapolis police officer last week.

A rally at the Dearborn Police Station is planned for 6 p.m. Tuesday, which is expected to bring out members of the community. This comes after a rally at the same location earlier in the week, organized by the Arab American Civil Rights League, brought together leaders from faith and politics in a multi-ethnic coalition to condemn police abuses the nation over.

The Arab and Muslim American communities will be also holding a press conference on Wednesday, June 3 at 3 p.m in Detroit.  The conference will be held at the Islamic Center of Detroit (ICD) located at 14350 Tireman Street.

“Leaders at this community gathering will express full solidarity with our brothers and sisters in the African American community and unequivocally condemning the murder of Mr. George Floyd in Minnesota,” the conference organizers said. “Mr. Floyd was a victim of police brutality, an ongoing challenge facing African Americans.

“The killing of Mr. Floyd sparked anger and protests in Detroit and many cities across the nation. The sentiment of these protests is a call for an end to racial injustice and police violations of the rights of African Americans.”

The American Human Rights Council, a largely Arab American group, is promoting Wednesday’s action. The organization stated that it does not condone violence, looting, destruction of private and public property, and that reform through peaceful demonstration is possible.

The organization said in a statement that Arabs and Muslims are united against all forms of racism and we call for justice, inclusion and equality for everyone:

“We stand together, community to community, people to people, against systemic racism and police brutality. Enough is enough. Time is due for real policing reform in order to avoid this cycle of violence of condemnation.”

The Council on American-Islamic Relations Michigan Chapter (CAIR-MI) is hosting a ZOOM event on Tuesday night. The Muslim community is encouraged to attend the discussion led by the Muslim Alliance of North America (MANA) regarding spiritual advice and action items that people can take at this time: