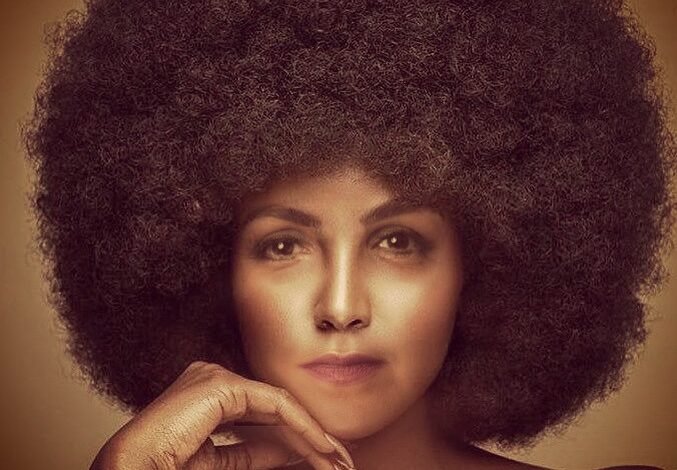 In a baffling display of solidarity, singer Tania Saleh superimposed herself onto an image of a Black woman she found on Pinterest and posted it on her social media accounts.

BEIRUT — Earlier in the week, Tania Saleh, a Lebanese singer and visual artist based out of Beirut, decided to show her support for international protests by photoshopping her face on that of another, presumably Black woman’s, face and posting it on her social media accounts.

The image, which may have been well-intentioned, was received by many as jarring and extremely tone-deaf, drawing outrage from hundreds of commenters on Saleh’s social media pages. Saleh has refused to take down the image or apologize for it.

“I wish I was Black, today more than ever,” Saleh wrote in her original post. “Sending my love and full support to the people who demand equality and justice for all races anywhere in the world.”

كل عمري كنت احلم كون سوداء
I wish I was black, today more than ever… Sending my love and full support to the people who demand equality and justice for all races anywhere in the world.#nojusticenopeace #GeorgeFloyd #blacklivesmatter #policestate #whitesupremacy pic.twitter.com/KAWxU8tjVq

Saleh signed off the post with hashtags for George Floyd, Black Lives Matter and other slogans that have become commonplace in the wake of more than a week of protests in the U.S. and other parts of the world, including Lebanon.

“Talk about being tone deaf!” read one comment on her Facebook page. “Quite frankly I don’t know who you are, but I have one question for you… Haven’t you learnt anything from those who (have) done similar posts like this one in the past?!!!”

At first glance, it would seem obvious that Saleh is not aware of the concept of “Black face”, an antiquated and horribly racist practice of painting one’s face black to imitate a Black person, usually in jest. This was also obvious to many commenters, who implored Saleh to look up the definition and history of the word. One commenter simply dropped a link to the Wikipedia entry for Rachel Dolezal.

Saleh took time to explain herself, however, while confronting negative comments.

“Black face (is) offensive when people do it out of mockery or for ‘fun,'” she said. “I did it out of love.”

The event invokes recent incidents of Black face in popular culture, like that of Canadian Prime Minister Justin Trudeau. But her glib dismissal of the haters in her mentions, and her attempt at justifying the post by invoking admiration for Black people, brings her closer to Robert Downey Jr.’s infamous character in 2008’s Tropic Thunder. Downey plays an Australian method actor who takes commitment to another level by undergoing “pigmentation alteration” surgery to play a Black soldier in a war movie.

Taking the deluge of comments head on became an impossible task. This caused Saleh to make another post in her defense, which arguably made matters worse.

“I have not painted my face or dressed in a weird way or made an offensive statement towards the Black community in the image I shared earlier,” Saleh said. “It is just that I photoshopped my face on a picture from Pinterest that I loved. I did not mean to mock the Black people in any way.” Saleh went on to speak of her Black idols in music and dance and said that all the athletes she respects were Black. She also mentioned Bilal, the slave that the prophet of Islam, Muhammad, freed and made his companion. Saleh said she admired Black culture and art and that she would “have loved to be one of them.”

“My crime is that I put my true feelings in words and an image,” Saleh said. “I forgive you for all the hate I received today because you made me block the unnecessary evil on this page… And by the way, all the human race comes from Africa after all! We are all originally Black.”

“I felt so very awkward seeing that post, and now this has just made it even worse!” one comment read on the second post. “I am unfortunately finding myself urged to unfollow.”

Some designated Saleh as a “Karen”, the Internet moniker for an entitled and irate White woman who is quick to call the police on Black people enjoying an outdoor picnic and asks to speak to the manager at a department store over minor inconveniences.

Saleh has released five albums and has been experimenting with various musical styles and audio-visual mediums since the 90s. She has collaborated with Lebanese director Nadine Labaki, among others.

Saleh was not the only celebrity who received heat for a digitally donned Black face. Instagram influencers Algerian Souhila Ben Lachhab and Moroccan Mariam Hussein posted their own versions to similar disdain. Hussein later deleted her modified image and replaced it with the original, along with a hadith from the Prophet Muhammad that condemns racism.