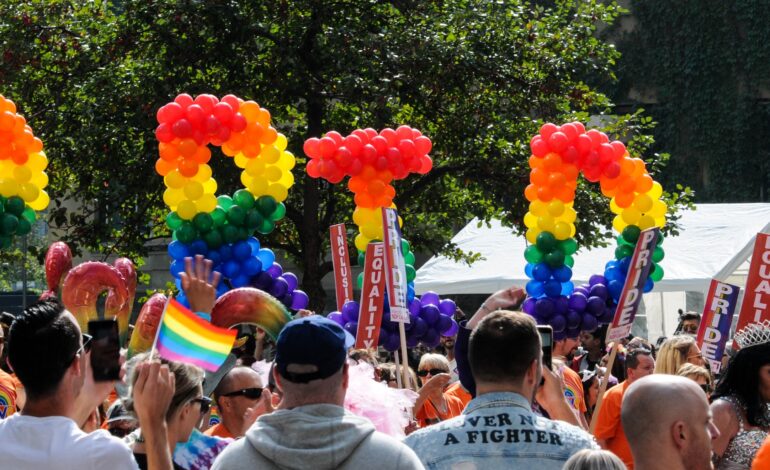 LANSING — June has been declared Pride Month in Michigan. On Wednesday, Governor Whitmer announced the proclamation, which recognizes the estimated 350,000 Michiganders who identify as lesbian, gay, bisexual, transgender and queer (LGBTQ+).

The proclamation notes that Michigan’s LGBTQ+ population are an important part of the fabric of the state and contributes greatly to its economy, life and culture.

“Michigan must continue to support the rights of every citizen to experience equality and freedom from discrimination and recognize the continued need for education and awareness to end discrimination and prejudice,” the proclamation says.

June 2020 has further importance in that it commemorates the Stonewall Uprising in New York, 51 years ago. The event is recognized as a catalyst for the modern LGBTQ+ Civil Rights Movement, with the first stone being thrown by Marsha Johnson, a trans woman of color.

Michigan is notable in the history of struggle for equal rights and protections. East Lansing passed the nation’s first non-discrimination ordnance in 1972. The state’s Civil Rights Commission was first in the nation to include sexual orientation and gender identity as components of discrimination “because of sex” in 2018.

“This pride month, we are reminded that the beginning of Pride was not a celebration, but a protest to be seen, heard, treated equally and allowed to live fully and authentically,” Governor Whitmer said. “I know that this year’s pride is different than the ones before, not only because of COVID-19, but because we are being reminded that, while we have made progress, we still have so much work to do.”

Whitmer, for her part, has urged the state’s legislature to expand Michigan’s Elliott-Larsen Civil Rights Act to include protections from discrimination based on sexual orientation and gender identification in employment, education, housing and real estate as well as use of public accommodations and public service.

Besides local non-discrimination protections and the recent extension by the Civil Rights Commission, no state or federal anti-discrimination laws exist to protect LGBTQ+ individuals from being fired, denied housing or refused service.

Whitmer also signed an executive order in her first month in office to protect LGBTQ+ state employees from discrimination in the workplace.