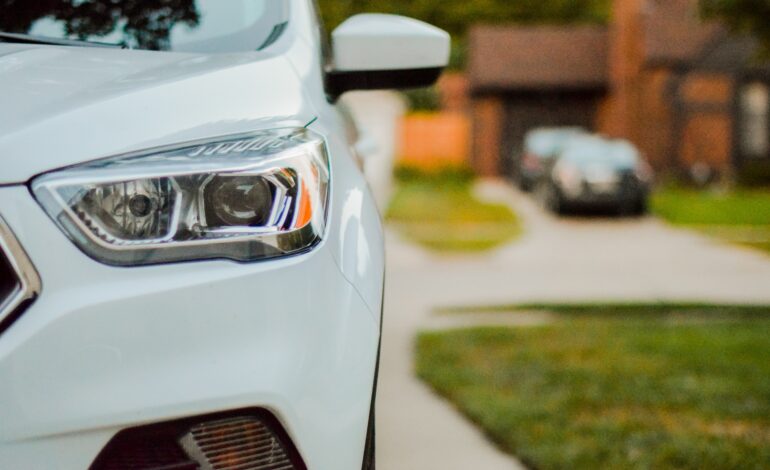 LANSING — Michigan’s new auto insurance law will go into effect for policies that issue or renew after July 1. A landmark piece of bi-partisan legislation, the new law aims to bring down the overwhelming costs drivers in Michigan have had to pay to stay insured.

Simply put, the law lets drivers choose their level of medical coverage, saving them money on premiums, and adds certain key consumer protections. There are, however, more substantive changes that could alleviate the pain of staying on Michigan roads.

The Michigan Department of Insurance and Financial Services (DIFS), the public body that oversees the insurance industry in the state, announced this week that insurance premiums submitted to it by companies ahead of the new law show big savings for drivers. Savings that in fact surpass the minimum requirements set by the law.

But what does that mean for the average Michigan driver? DIFS Director Anita Fox spoke to The Arab American News to give a sense of how the new law saves drivers cash while protecting them from previously unfair insurance company practices. Fox was appointed to Governor Whitmer’s cabinet in January of last year.

“The way I would describe (the new law) is that it’s a reform of our no-fault systems, which we’ve had in place since the 1970s,” Fox said.

The new law works within the same no-fault insurance system. The two main components of this system are PIP (Personal Injury Protection), which covers medical expenses in case of an accident, no matter who is at fault, and Bodily Injury and Property Damage liabilities, which cover a driver’s liability if they’re at fault.

“There have been changes in both of those,” Fox said. “The unlimited lifetime benefits for PIP are the highest benefits in the country and also the most expensive. So we asked how we could maintain high benefits but lower the costs? If the benefits are great but are too expensive and people are going uninsured, then they are not good benefits.”

The solution: The new law lets drivers choose a coverage level appropriate for their needs and budget.

There are six PIP medical coverage levels available. Each level is the most a driver’s auto insurer will pay per person per accident. Insurance companies are required to reduce the PIP medical portion of premiums based on the coverage chosen, meaning direct savings.

Drivers’ overall premiums will depend on their individual circumstances and the coverage selected. The new limits match or exceed the highest benefits in the country and Michigan is the only state where unlimited PIP medical  expenses continues to be an option.

The new law comes with almost anti-discriminatory protections for consumers who would previously have seen higher costs based on certain personal factors. “One of the ways that’s done is by eliminating certain non-driving factors, regardless of whether they can be justified as related to risks,” Fox said. “We don’t want insurance companies deciding premiums based on homeownership, educational attainment, sex, marital status, etc.”

Auto insurance companies are prohibited from using those factors to set rates. These factors include zip codes, which should make for substantial rate differences in historically high rate areas like Detroit.

In another major protection, consumers will not be penalized for a lapse in insurance when renewing, as long as the lapse occurred within an 18-month window. This means uninsured drivers can get covered without penalties if they apply by Jan. 1, 2022.

If the benefits are great but are too expensive and people are going uninsured, then they are not good benefits — Anita Fox

Insurance companies in Michigan had to submit their rates to the DIFS to ensure compliance with the new law before its July 1 start date. From this data, the DIFS found that these averages exceed the minimum, or mandated, reductions.

“What you see in the law is a requirement that the reduction in the price of that PIP medical coverage had to meet at least a minimum reduction,” Fox said. “As part of the law, every insurance company that wants to supply auto insurance had to submit their filings to us for review.

“In the old days, as soon as the companies filed these rates they could send them out to their customers, but due to the new law, they cannot do that until DIFS reviews and approves them.”

The DIFS also did something else differently this time. It used independent actuaries, or rate analysts, instead of those hired by the insurance companies as was previously done. They then rejected filings that did not meet the new standards, or only met the minimum rate decrease, which yielded the new higher-than-mandated rate reductions.

The DIFS has made guides and resources are available in four languages, including Arabic, at: www.michigan.gov/autoinsurance. The website also has sample PIP coverage forms in those languages, under the section “Consumer Guides and Resources.”

Consumers can reach out with questions at: autoinsurance@michigan.gov or call toll free: 833-ASK-DIFS (275-3437), or look for informational online meetings arranged by the DIFS in their districts.