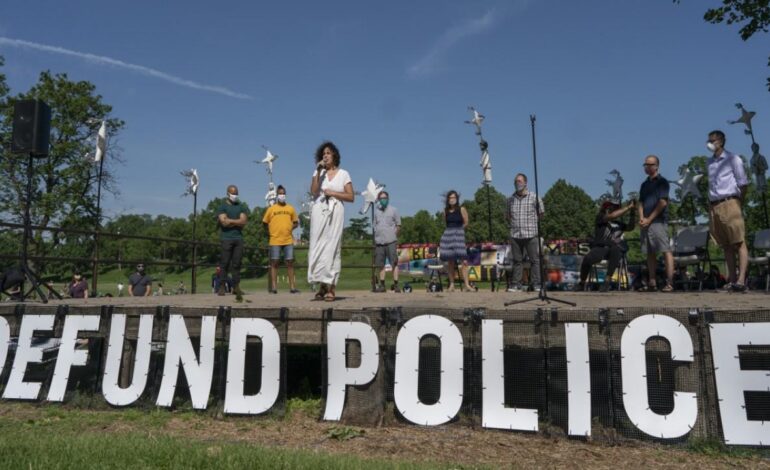 Progressives calling for "defunding" of the police are on the right track, or would be if they were serious.

Every few years, some particular instance of a pervasive phenomenon — police violence in the form of unjustified or at least highly questionable killings — “goes viral” with the result that America’s cities explode in protest.

Every time that happens, some American politicians complain about a non-existent “war on police”, while others promise “reforms” such as closer supervision (like the increase in body camera use following the 2014 killing of Michael Brown in Ferguson, Missouri), civilian review boards to investigate complaints, better training and, of course, more money.

After each round of “reforms”, the problem continues.

“We can’t settle for anything other than transformative structural change,” said U.S. House Speaker Nancy Pelosi (D-CA). She’s right, but the bill she’s  promoting — the Justice in Policing Act of 2020 — isn’t any such thing.

The bill isn’t likely to become law. It may pass the Democratic House, but the Republican Senate and White House are already busking for support from police unions and their faux “law and order” base in November’s elections.

And even if it did pass, it’s a glass not even half full. Pelosi herself contradictorily describes it as both “full, comprehensive action” and “a first step” with “more to come.”

The bill would “reform”, rather than eliminate, “qualified immunity.” It would reduce some of the barriers that plaintiffs have to get over in holding police accountable for rights-violating misconduct, but it doesn’t go nearly far enough. Cops need to be held to EXACTLY the same standards as civilians when it comes to use of force.

The bill would also outlaw “no-knock raids”, but only for drug cases. “No-knock raids” are nothing less than violent home invasion burglaries. They’re precisely the kind of “unreasonable searches” forbidden by the Fourth Amendment and need to be outlawed entirely.

The Justice in Policing Act isn’t “transformative structural change.” It’s a band-aid on a gaping, traumatic wound that is, indeed, structural.

The root of the problem isn’t police violence.  It’s police themselves and the system they serve. The purpose of police as we know them is to hold the productive class down so that the political class rule and rob us, full stop. Everything else — “serve and protect,” etc. — is incidental or illusory.

Progressives calling for “defunding” of the police are on the right track, or would be if they were serious. Most of them seem to use “defund” to mean “shift funding between state activities”, not to mean “eliminate a state activity.” They don’t want the pepper balls and rubber bullets, but they refuse to abandon the system the pepper balls and rubber bullets prop up.

“Transformative structural change” would require more than re-training and de-militarizing the police. It would require dis-empowering them and going back to voluntary community “peace officer” models of law enforcement.

Donald Trump, Nancy Pelosi, et al. know their control over the rest of us relies on the existing police state model. The only way for it to go is for them to go as well.

We need a real revolution, not fake “reform.”