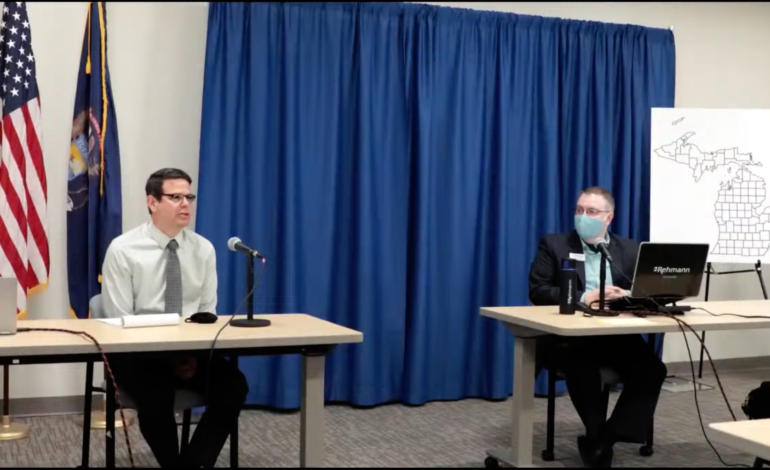 After a live-streamed selection process, pictured above, names of the 200 semifinalists for the Michigan Independent Citizens Redistricting Commission have been made public.

LANSING — On Wednesday, 200 semifinalists for Michigan’s first Independent Citizens Redistricting Commission were randomly selected in a live broadcasted event by the Michigan Department of State (MDOS).

The random selection was performed by Rehmann LLC, an independent accounting firm hired through a public bidding process to facilitate the random selection. The names and applications of the 200 semifinalists are available in a public spreadsheet at RedistrictingMichigan.org.

The entire selection process was live-streamed, with Rehmann LLC operating the selection software and then matching the 200 selected applicant ID numbers to the corresponding applicants in real time. Video of the process is available on the website and archived on MDOS’s YouTube channel and social media platforms. Out of the 200 semifinalists, five are from Dearborn and Dearborn Heights

The Redistricting Commission drew more than 9,000 applications. Officials said the final days of the application window ending June 1 saw a surge of applications that left the final applicant pool more diverse and representative of Michigan’s demographics than ever before, including applicants from all 83 of Michigan’s counties. “We are extremely grateful for the thousands of Michiganders who have been excited and engaged in this process from the very beginning,” Secretary of State Jocelyn Benson said. “With this semifinalist selection we’ve moved to the next phase of the process, and are one step closer to making Michigan history and having fair and representative legislative maps drawn by the people.”

Now, leaders in both parties of the Michigan Legislature have until the end of July to each strike up to five applicants from the pool. The final selection for the 13 commissioners — four Republicans, four Democrats and five unaffiliated — will take place in August.

Above: Recording of the live-streamed random selection of Redistricting Commission semifinalists