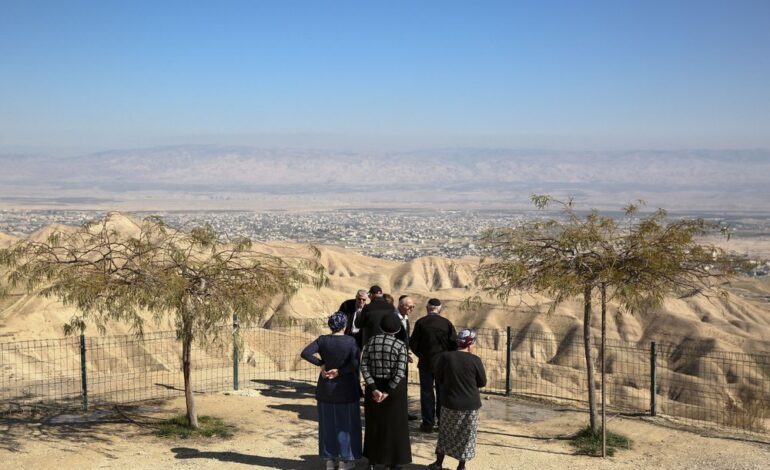 Wednesday, July 1, was meant to be the day on which the Israeli government officially annexed 30 percent of the occupied Palestinian West Bank and the Jordan Valley. This date, however, came and went and annexation was never actualized.

“I don’t know if there will be a declaration of sovereignty today,” said Israeli Foreign Minister Gabi Ashkenazi, with reference to the self-imposed deadline declared earlier by Israeli Prime Minister Benjamin Netanyahu. An alternative date was not immediately announced.

But does it really matter?

Whether Israel’s illegal appropriation of Palestinian land takes place with massive media fanfare and a declaration of sovereignty or whether it happens incrementally over the course of the coming days, weeks and months, Israel has, in reality, already annexed the West Bank — not just 30 percent of it but, in fact, the whole area.

It is critical that we understand such terms as “annexation”, “illegal”, “military occupation” and so on, in their proper contexts.

While in the Israeli lexicon the vast majority of all settlement activities in occupied Palestine are “legal”, the rest can only be legalized through official channels. Indeed, many of today’s “legal” 132 settlements in the West Bank and Jerusalem began as “illegal outposts.”

For example, international law deems that all of Israel’s Jewish settlements, constructed anywhere on Palestinian land occupied during the 1967 war, are illegal.

Interestingly, Israel, too, uses the term “illegal” with reference to settlements, but only to “outposts” that have been erected in the occupied territories without the permission of the Israeli government.

In other words, while in the Israeli lexicon the vast majority of all settlement activities in occupied Palestine are “legal”, the rest can only be legalized through official channels. Indeed, many of today’s “legal” 132 settlements in the West Bank and Jerusalem, housing over half a million Israeli Jewish settlers, began as “illegal outposts.”

Though this logic may satisfy the need of the Israeli government to ensure its relentless colonial project in Palestine follows a centralized blueprint, none of this matters in international law.

Article 49 of the Fourth Geneva Conventions states that “Individual or mass forcible transfers, as well as deportations of protected persons from occupied territory to the territory of the occupying power or to that of any other country, occupied or not, are prohibited, regardless of their motive”, adding that “The occupying power shall not deport or transfer parts of its own civilian population into the territory it occupies.”

Israel has violated its commitment to international law as an “occupying power” on numerous occasions, rendering its very “occupation” of Palestine, itself, a violation of how military occupations are conducted — which are meant to be temporary, anyway.

Military occupation is different from annexation. The former is a temporary transition, at the end of which the “occupying power” is expected, in fact, demanded, to relinquish its military hold on the occupied territory after a fixed length of time. Annexation, on the other hand, is a stark violation of the Geneva Conventions and the Hague Regulations. It is tantamount to a war crime, for the occupier is strictly prohibited from proclaiming unilateral sovereignty over occupied land. A Palestinian demonstrator covers his face from tear gas fired by Israeli forces on as he holds a poster of President Donald Trump during a protest against Trump’s Mideast initiative, in Jordan Valley in the West Bank, Feb. 25, 2020. Israeli Prime Minister Benjamin Netanyahu has vowed to annex the valley and all of Israel’s far-flung West Bank settlements, in line with President Donald Trump’s Middle East plan, which overwhelmingly favors Israel and has been rejected by the Palestinians. Photo: Majdi Mohammed/AP

The international uproar generated by Netanyahu’s plan to annex a third of the West Bank is fully understandable. But the bigger issue at stake is that, in practice, Israel’s violations of the terms of occupation have granted it a de facto annexation of the whole of the West Bank.

So when the European Union, for example, demands that Israel abandons its annexation plans, it is merely asking Israel to re-embrace the status quo ante, that of de facto annexation. Both abhorring scenarios should be rejected.

Israel began utilizing the occupied territories as if they are contiguous and permanent parts of so-called Israel proper, immediately following the June 1967 war. Within a few years, it erected illegal settlements, now thriving cities, eventually moving hundreds of thousands of its own citizens to populate the newly acquired areas.

This exploitation became more sophisticated with time, as Palestinians were subjected to slow, but irreversible, ethnic cleansing. As Palestinian homes were destroyed, farms confiscated and entire regions depopulated, Jewish settlers moved in to take their place. The post-1967 scenario was a repeat of the post-1948 history, which led to the establishment of the State of Israel on the ruins of historic Palestine.

Moshe Dayan, who served as Israel’s defense minister during the 1967 war, explained the Israeli logic best in a historical address at Israel’s Technion University in March 1969. “We came to this country which was already populated by Arabs, and we are establishing a Hebrew, that is a Jewish state here,” he said.

“Jewish villages were built in the place of Arab villages,” he added. “You do not even know the names of these Arab villages, and I do not blame you, because these geography books no longer exist; not only do the books not exist, the Arab villages are not there, either … There is no one place built in this country that did not have a former Arab population.”

When Israel first occupied East Jerusalem, it went on a population transfer frenzy: Moving its own population to the Palestinian city, strategically expanding the municipal boundaries of Jerusalem to include as many Jews and as few Palestinians as possible, slowly reducing the Palestinian population of Al Quds through numerous tactics, including the revocation of residency and outright ethnic cleansing.

And, thus, Jerusalem’s Palestinian population, which once constituted the absolute majority, has now been reduced to a dwindling minority.

The fact is, annexation is not a new Israeli political agenda dictated by political circumstances in Tel Aviv and Washington. Rather, annexation has been the ultimate Israeli colonial objective from the very onset.

The same process was initiated in parts of the West Bank, but due to the relatively large size of the area and population, it was not possible to follow a similar annexation stratagem without jeopardizing Israel’s drive to maintain Jewish majority.

Dividing the West Bank into Areas A, B and C as a result of the disastrous Oslo accords, has given Israel a lifeline, for this allowed it to increase settlement activities in Area C — nearly 60 percent of the West Bank — without stressing too much about demographic imbalances. Area C, where the current annexation plan is set to take place, is ideal for Israeli colonialism, for it includes Palestine’s most arable, resource-rich and sparsely populated lands.

It matters little whether the annexation will have a set date or will take place progressively through Israel’s declarations of sovereignty over smaller chunks of the West Bank in the future. The fact is, annexation is not a new Israeli political agenda dictated by political circumstances in Tel Aviv and Washington. Rather, annexation has been the ultimate Israeli colonial objective from the very onset.

Let us not get entangled in Israel’s bizarre definitions. The truth is that Israel rarely behaves as an “occupying power”, but as a sovereign in a country where racial discrimination and apartheid are not only tolerated or acceptable but are, in fact, “legal” as well.