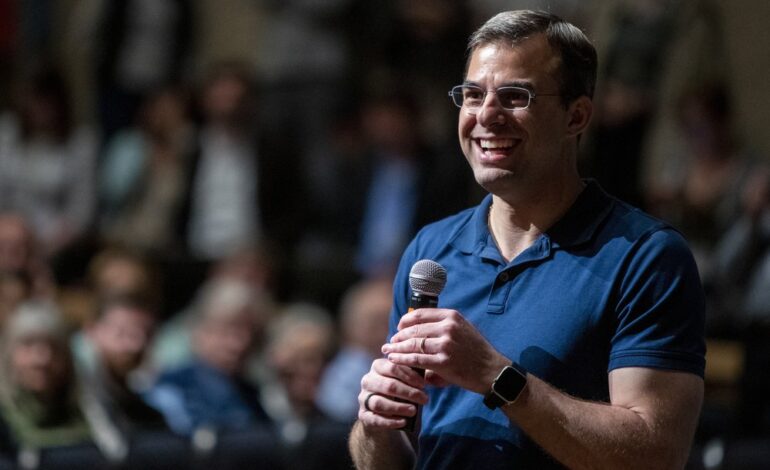 After representing the state's western district since 2011, Justin Amash has announced he will not be running for re-election. Photo courtesy: Cory Morse/The Grand Rapids Press

WASHINGTON, D.C. — U.S. Rep. Justin Amash (I-Cascade Township), has announced that he will not be running for re-election to represent his district in the western part of Michigan in the U.S. Congress.

“I love representing our community in Congress. I always will. This is my choice, but I’m still going to miss it,” Amash tweeted on Thursday. “Thank you for your trust.”

I love representing our community in Congress. I always will. This is my choice, but I’m still going to miss it.

Thank you for your trust.

The son of a Palestinian father and Syrian mother had been the Republican representative for Congressional District Three, which includes Grand Rapids, since 2011. He previously broke from much of his party and backed the impeachment of President Trump, receiving some praise for his decision. Trump was later acquitted on the abuse of power and obstruction charges after a Senate trial.

Apparently growing disenchanted with the GOP, Amash later declared himself independent last year and even explored a presidential bid as a Libertarian candidate for a short time before abandoning those plans earlier this year.

Amash’s chief of staff told NBC News that Amash is not campaigning or seeking the nomination for any office at this time. His supporters had hoped that he would seek the Libertarian nomination at a party convention.

Amash was raised in Kentwood and attended  the University of Michigan and then the university’s law school. He was elected to the Michigan House of Representatives in 2008 before announcing his Republican campaign for the Third District. His 2010 campaign was endorsed by Betsy and Dick DeVos and other prominent conservatives.