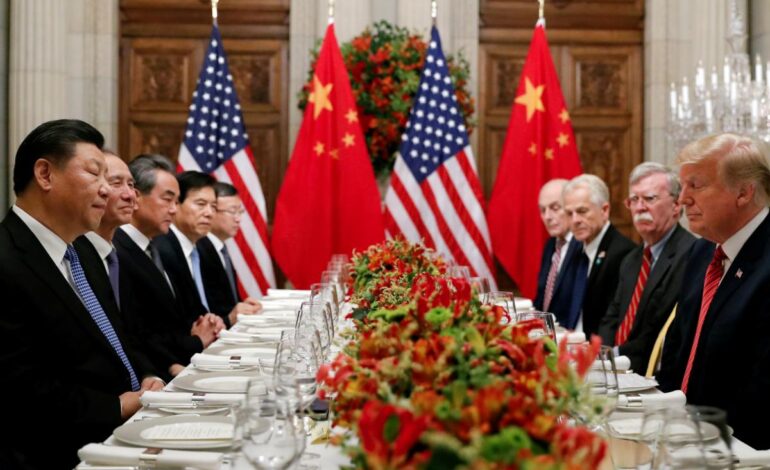 Can America both challenge and coexist with China?

This is an election year, so we can expect a fresh round of China-bashing. American politicians love to use China as a punching bag; it never stops, really, but the trend accelerates when candidates are running for office.

Some punches deserve to be thrown: China does a lot of things we don’t like. It challenges American interests, not just in Asia but across the world. It engages in cyberattacks and steals intellectual property. It has raised tensions over disputed territories in the South China Sea.

The U.S. is the dominant naval power in the Pacific region, but China is a regional power, seeking to project authority in its neighborhood. We have accommodated China’s rise diplomatically and invited the Chinese to play a larger role in the international economic order. But we oppose China’s territorial ambitions, counter its efforts to control shipping lanes and push back against its Belt and Road initiative for global infrastructure development.

Bashing China plays well in the U.S. We have a long history of mutual hostility, dating from the Korean War and continuing through the Cold War and proxy conflicts. Many Americans consider China our chief adversary.

Polls show that two-thirds of Americans hold negative views toward China, and the number has been rising. Republicans and right-leaning independents are especially likely to have negative views of China, but so do a majority of Democrats.

China is unpopular in much of the world. In Western Europe, majorities have an unfavorable view of China. It gets low marks from its neighbors, especially Japan, but also South Korea and Australia. However, majorities or pluralities in Latin America, much of the Middle East and sub-Saharan Africa view China more favorably.

China’s rise has been impressive. It has built world-class cities, lifted hundreds of millions of people out of poverty and made significant investments in transportation and communications. It may surpass the United States soon as the world’s largest economy. It is America’s largest trading partner, with the two countries exchanging over $650 billion in goods.

China has the largest army in the world and has been adding military technology, including aircraft carriers, new-generation jet fighters and nuclear submarines. But despite its investment, China has struggled to keep up. The U.S. and its alliance partners account for 63 percent of global spending on military technology and training. China’s forces are the largest, but not the strongest.

Nevertheless, you cannot help but notice China’s growing sense of confidence, capability and national pride. It is riding high on its management of the COVID-19 pandemic, flexing its muscles toward its neighbors and asserting authority over historically autonomous Hong Kong. After the U.S. sanctioned Chinese officials over human rights violations, China retaliated with sanctions against American officials, including two senators.

The United States needs a clear and consistent policy toward China. Currently, the relationship seems to be moving in the wrong direction, headed toward confrontation. To help guide such a policy, we will need a lot of China experts. The State Department and other U.S. agencies will need to develop a steady supply of experts on all matters related to China so we can respond effectively to future developments.

China’s rise is a central reality of our world, something Americans will have to live with for years. We can expect to be in strategic competition with China for a long time and we need to be ready.