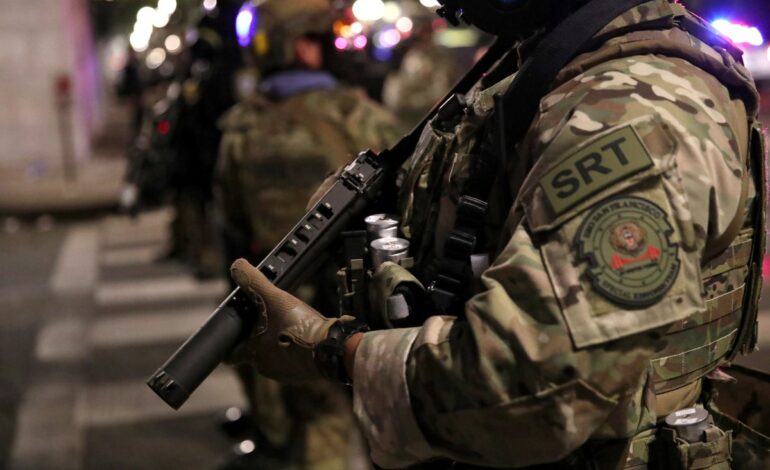 DETROIT – Federal law enforcement agents and other resources are headed to Detroit to fight a surge in violent crime, according to U.S. government officials. Detroit-based U.S. Attorney Matthew Schneider said Operation Legend is merely an extension of previously-announced local-federal partnerships meant to tackle violent crime. He said it has nothing to do with operations that have deployed federal agents to cities like Portland, Oregon, to quell ongoing protests.

“This has nothing to do with protesters or the freedom of speech or anything like that,” said Schneider, who is U.S. attorney for the Eastern District of Michigan. “These are not federal troops coming to Detroit to interfere with protesters. This has everything to do with stopping murders and shootings and violent crime in Detroit.

“This isn’t Portland. This isn’t Seattle. This is Detroit. We’re not having those violent protests. What we are having is that the homicide rate is up 31 percent in the city of Detroit and shootings are up 51 percent.”

Schneider said the additional help is welcomed by Detroit Police Chief James Craig and that federal agents will be used to “back up” Detroit police.

Schneider does, however, connect the “defund the police” movement emanating from Black Lives Matter protests to surging crime, though he doesn’t directly blame protesters.

“I think people are standing in the way of police officers who are trying to do their jobs. And we have such low respect for the men and women who are literally putting their lives on the line to defend us and to protect us. And when you have the decline of people who respect or care or show any help or assistance for police officers, then it’s easier to encourage the ability to violate the law.”

To say that this (spike in crime) is the result of, you know, the BLM movement and all this – all that is just a lot of rhetoric, propaganda. They ought to be ashamed of themselves. – MSU Sociology Professor Carl Taylor

But Carl Taylor, a Michigan State University professor of sociology who has studied in crime in communities for more than 40 years, dismissed that assertion.

“To say that this (spike in crime) is the result of, you know, the Black Lives Matter movement and all this – all that is just a lot of rhetoric, propaganda,” Taylor said. “They ought to be ashamed of themselves.”

Taylor and other critics suggest Operation Legend is an election-year ploy to bolster Trump’s “law and order” rhetoric, rather than a sincere effort to deal with the causes of violent crime.

Taylor said that many Detroiters, including those concerned about crime and generally in favor of more police presence, are likely to see a federal “boots on the ground” approach as oppressive.

“They don’t see anything good about that,” Taylor said. “And then at the same time, they do understand that you have problems. No one’s denying that and you would welcome federal help, or any help. But it’s the way they’re going about it.

“They [communities] do need intervention, but not simply intervention that is coming from the police,” Taylor added. “It is social workers and public health and the whole nine yards. What you’re looking at is areas that have been totally neglected and forgotten.”

Schneider says many details surrounding Operation Legend in Detroit have yet to be sorted out, including how many federal agents and agencies will be involved. He said he’s still actively working out those specifics with the White House and expects to know more next week.