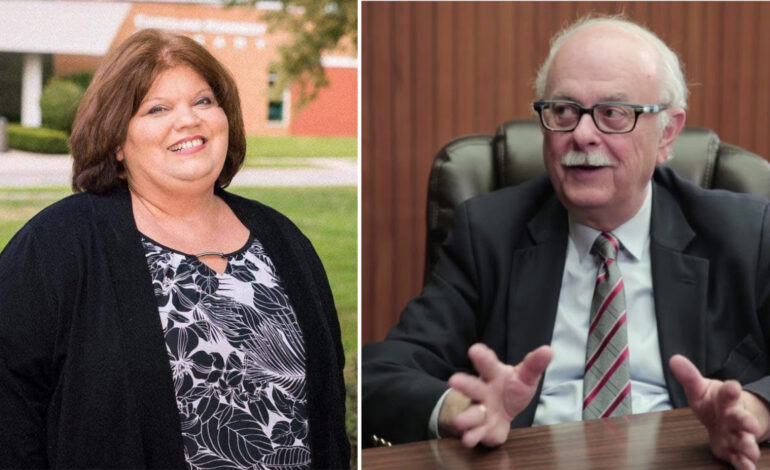 The comment made by Paletko during a City Council meeting on July 14 questioned Hicks-Clayton’s understanding of finances when Hicks-Clayton submitted a resolution to subpoena city records from the Comptroller’s office.

“As the saying goes, ‘it’s better to stay quiet than let the whole world know what little knowledge you have on a subject,’” he said. “Councilwoman Hicks-Clayton is showing us how little knowledge she has on financial matters and thank you for showing us this before the election for treasurer.”

“Since our last city council meeting, I have received several correspondence, emails and phone calls from residents over an incident that occurred during that meeting,” she said. “During the meeting, the mayor responded by reading a prepared, very negative and very false politically charged statement that personally attacked me.”

Hicks-Clayton also said that the comments were an attempt to ruin her reputation.

“This type of political statement attempts to discredit, attempts to slander and harm another person’s reputation,” she said. “It is an unequivocal violation of our Council policies and procedures and the law. As an elected official of over 40 years, the mayor knows that that is the policy.”

Despite the mayor apologizing later on in the July 14 meeting, Hicks-Clayton said his disregard for policy is harmful.

I and other Council members have been targeted. This should never happen. We should not be intimidated, we should not be silenced or attacked. — Dearborn Heights City Councilwoman Lisa Hicks-Clayton

“Efforts to intimidate, slander or stifle the voices of select Council members who were elected by the people to do this job and who have a track record of introducing resolutions and voting in the interest of transparency for our residents is a violation of policy and law,” she said. “But it also defeats the purpose of which we are elected.”

Hicks-Clayton said she believes Paletko’s words were orchestrated and politically motivated, but also said it’s not the first time.

“I and other Council members have been targeted,” she said. “This should never happen. We should not be intimidated, we should not be silenced or attacked.”

Paletko had explained the reason he was mad and lashed out was because he felt that his department head was under attack, despite having believed a resolution was agreed upon with Council Chairwoman Denise Malinowski-Maxwell.

“I had spoken with the Council chair,” he said. “I thought we came to an agreement, but then this thing appears on the agenda. It’s very vicious and attacking all of us.”

Hicks-Clayton said that she believes their platforms should never be used to hurt others.

“I was doing my job and I followed procedures,” she said. “For anyone to do that to anybody is unacceptable. We should not be intimidated for doing what is in the best interest of the residents by anyone. As I have advocated over the last eight and a half years on this Council, I will continue to do what’s best for our residents, including advocating for financial transparency.”