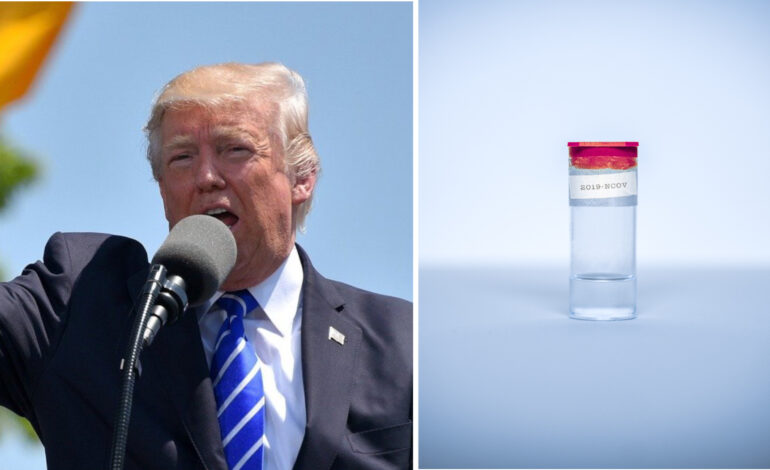 President Trump, in his usual optimism about the coronavirus pandemic in the U.S., says a vaccine could be available by election time

WASHINGTON, D.C. — An optimistic President Trump told a radio talk show on Thursday it was possible the U.S. would have a coronavirus vaccine around the time of the Nov. 3 election.

Trump’s own White House experts have not been this positive about the timeline of a supposed COVID-19 vaccine. In fact, many around the world have become weary of how expedited the process to make the vaccine has become.

Trump, who is running for re-election in November, was on FOX News correspondent Geraldo Rivera’s radio program when he was asked when the vaccine could be ready. Trump replied, “Sooner than the end of the year, could be much sooner.”

“I think in some cases, yes, possible before, but right around that time,” Trump said.

Deaths from the virus continue at a high average of more than 1,000 per day. Yet Trump and Republicans have pushed for reopening of the economy and especially schools. Trump is often seen countering the caution about the spread coming from experts like presidential advisor Dr. Anthony Fauci.

Even so, government health officials have said corners would not be cut in the race to secure a vaccine against the virus. Fauci has told Reuters that there might be an indication that at least one vaccine may work and could be safe by year’s end.