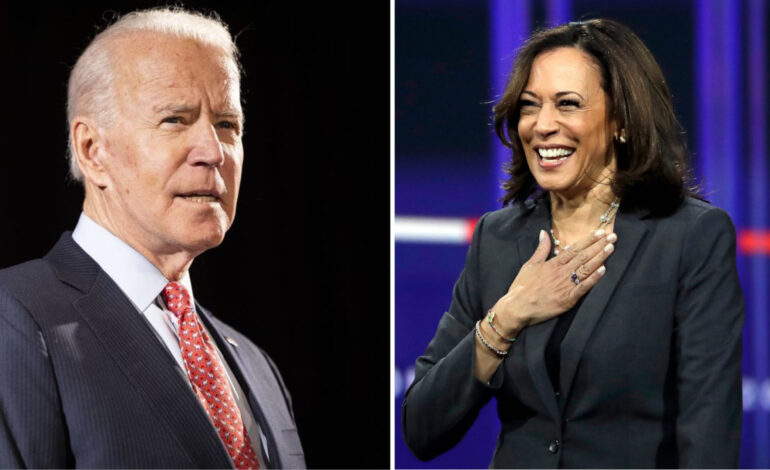 Biden's campaign made the announcement on Tuesday

If elected, she would be the nation’s first female, first Black and first Asian American vice president.

“You make a lot of important decisions as president,” Biden wrote in an email from his campaign to supporters. “But the first one is who you select to be your vice president. I’ve decided that Kamala Harris is the best person to help me take this fight to Donald Trump and Mike Pence and then to lead this nation starting in January 2021.”

Prior to the Senate, Harris served as California’s attorney general and San Francisco’s district attorney. She became the U.S.’ first Black woman senator in 2016.

Harris’ record as an attorney general in one of the country’s most populous and diverse states was scrutinized throughout her failed presidential campaign. This includes not supporting legislation that would require police to wear body cams and mandate her office investigate lethal shootings by police, failing to hold police accountable in misconduct cases, most notably in a jailhouse informant scandal.

Reform of and even outright defunding of bloated police departments became a legitimate national discussion in the wake of nationwide protests against the murder of George Floyd by Minneapolis Police officers. Biden himself has been linked to the country’s high incarceration rates for his support of the 90’s “Crime Bill.”

Harris previously attacked Biden during the first Democratic primary debate for his record on busing and working with segregationists. But Harris also has close ties to the Biden family, having previously worked with Biden’s son Beau on banking reform. Harris has given her full support to the Biden campaign since she left the presidential race, raising millions for the campaign though fundraising. Governor Whitmer had also been eyed as a possible vice presidential candidate, especially during the peak of the COVID-19 crisis in the state, when she was one of several governors who butted heads with President Trump over response to the pandemic.

“In Senator Harris, Joe Biden has picked a running mate that he knows will be a strong teammate in healing this nation’s heart and soul. We began the presidential election cycle with a record six women running as potential candidates and now we have another momentous nomination. This is the team that will win America in November, in the most important election of our lives. Kamala Harris’ experience in the U.S. Senate makes her incredibly qualified and the perfect counterpart for this Democratic ticket. We cannot take anything about this race for granted, and I look forward to turning out the 12th District and all of Michigan for Vice President Biden and Senator Harris in November, to protect our country and democracy.”