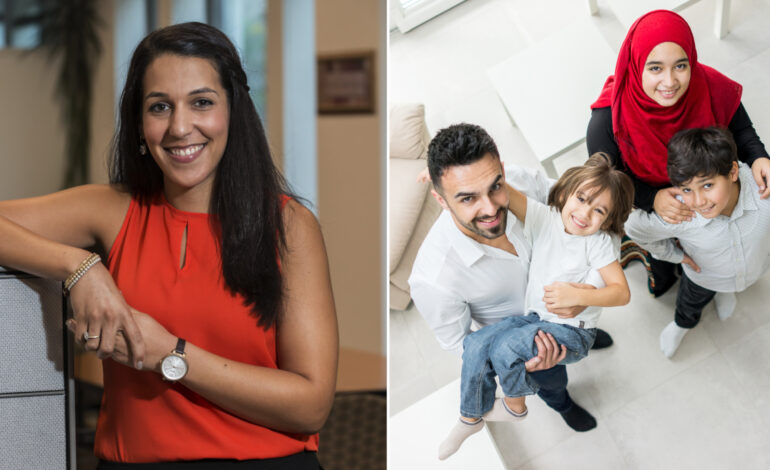 Epidemiologist Dr. Nadia Abuelezam has been frustrated by the lack of national representative data on Arab American health and has launched a unique survey to bridge that gap

BOSTON — A new survey seeks to assess the health of Arab Americans in the U.S. The Survey of Arab Health in America, or SAHA, aims to bridge gaps in the knowledge of the population that is historically underrepresented in health research, often due to its non-existence as a category on official documents like the census.

Researchers behind the survey are particularly interested in learning about the COVID-19 related risks the Arab American community is facing at this time. As with all legitimate research surveys like this, the information is completely anonymous and no identifiable information, such as name or address, is collected.

Dr. Nadia Abuelezam, a Palestinian American epidemiologist and assistant professor at the Boston College William F. Connell School of Nursing, launched the survey. She told The Arab American News about the gap in comprehensive research and knowledge regarding the community.

“One of the biggest weaknesses in the Arab American Health literature right now is that we don’t have a national representative sample to assess the overall health of Arab Americans,” Abuelezam said. “For many other groups, like Black Americans and Hispanic Americans, its actually very easy to capture their data from national surveys like the National Health Interview Survey or even the census.”

Abuelezam said that since there is no clear racial or ethnic identifier — Arab Americans are told to pick White or Caucasian on official forms — assessing data to work towards improving the community’s health becomes a particular challenge.

“In fact, most of our data for Arab Americans comes from the Dearborn, Michigan area because of its high concentration of Arab Americans,” she added. “One of the things we’ve been seeing in the era of COVID-19 is that minority groups and those that are minoritized seem to have higher rates of and risks and severity associated with the virus.”

Capturing this data is crucial, as Arab Americans may be seeing higher rates of infection, severity and risk of contracting the disease. The survey aims to understand risk and testing behavior and whether Arab Americans are willing to participate in prevention activities like vaccines.

Abuelezam is sensitive to the fact that historically, Arab Americans have been surveilled and their rights civil rights infringed upon. She emphasized, however, that the survey is being conducted by Arabs, for Arabs and with complete respect to a participant’s privacy.

The data participants provide are safe and secure through the online platform. The survey is being conducted independently by public health researchers and is not funded by the U.S. government.

“We’re hoping that we can build the community’s trust enough that it might be willing to participate in the survey,” Abuelezam said.

Abuelezam has previously conducted research and contributed to the understanding of Arab American maternal health, mental health and chronic disease burden in Arab populations in California, Massachusetts and Michigan.

“Another aspect of this survey that’s powerful is that my work in places like California has shown that Arabs in California differ quite dramatically than those in Michigan, in that you see a lot more real immigrants in Michigan as opposed to third and fourth generation Arabs,” she said. “So the health information we’ve gathered from Michigan may not be relevant to other parts of the country. so, hopefully, the survey will allow us to get more granularity around differences in behavior and health across the U.S.”

The community is urged to participate in this one-of-a-kind survey, which can be taken in English or Arabic: https://bostoncollege.co1.qualtrics.com/jfe/form/SV_54hXpGad2P64mb3

More information on the survey and Abuelezam’s work can be found at https://saha.health and on Facebook at https://www.facebook.com/sahamerica/