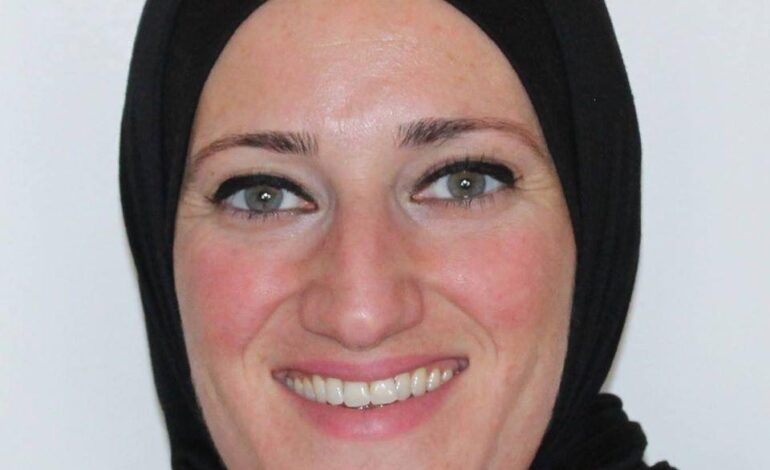 DEARBORN HEIGHTS – Having children of her own in the district and being a realtor in the area, Najah Jannoun is very familiar with Dearborn Heights’ Crestwood Public Schools.

Jannoun has two children at Crestwood High School and one at Riverside Middle School. Because of her children — sons Saied, a 2020 graduate, and Malek, a senior, and daughters Fatmeh, a freshman, and Yasmeen, a sixth grader — Jannoun was around the schools quite frequently before the COVID-19 shutdown.

“My kids don’t see too much of a difference with me on the board,” she told The Arab American News. “They’re used to me being involved.”

The vacant seat on the board of education was a result of Lynne Senia stepping down in order to accept her appointment to the new position as city clerk. Senia’s resignation was effective July 28 after the decision was made at a July 23 Council meeting.

“Personally, I was and still am excited for the direction we are headed in,” she wrote on her Crestwood Parents for Progress Facebook page. “I did not have any intention of running in November’s election, but since an opportunity arose, I decided it was a moment that I could not pass up.”

Because she’s been so involved with her children’s education, Jannoun had started the Facebook page pushing for change.

“This page was initially created out of frustration and concern for the children and families in our district,” Jannoun posted. “If you’ve been following from the beginning, you probably have noticed that once the administration changed, so did many things, including my outlook on the district’s future.”

Now, Jannoun said she hopes to effect change from the inside.

“I interviewed for the vacant seat on our school board,” her post said. “And I was appointed! For me, this does not change my commitment to our children. This gives me an opportunity to serve them in a different way.”

Jannoun has already developed some goals for herself in her new role.

“I want to bridge the gap between the board and community,” she said. “I want to see more involvement from the community and parents. Dr. Mosallam is all about the community as well. I want people to know I am a mother just like every other mother in this district. Every decision I make will impact my children, just like their children. I’m excited and I will keep an open door policy so anyone can always reach out and voice their concerns.”

Jannoun’s post also said that the page would be left up and she would continue to post and keep parents updated.

Jannoun will join two Arab Americans already on Crestwood School Board, Nadia Berry and Salwa Fawaz. The Crestwood Board of Education consists of seven trustees.

The appointment runs through December 31, 2022, when she will need to seek reelection to retain the seat.