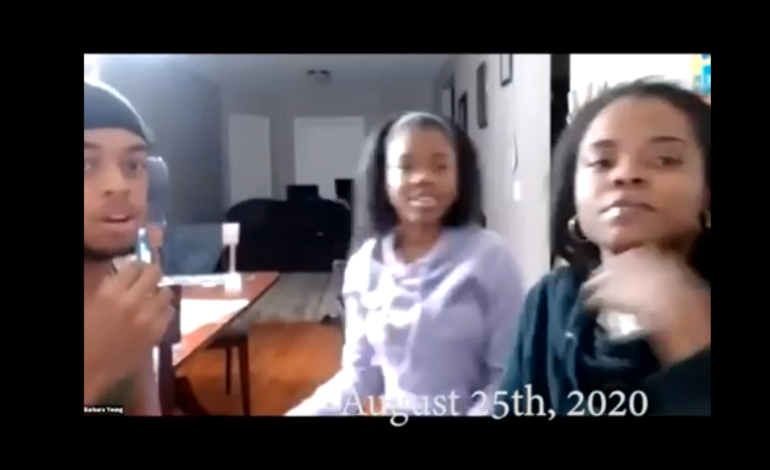 In this screenshot of a Dearborn Heights City Council meeting, Barbara Young and her two children address racism in schools

DEARBORN HEIGHTS — During a recent Dearborn Heights City Council meeting, a parent came forward stating that her children were insulted with racial slurs while at school.

“My sister and I are dealing with issues with White kids asking us for the n**** pass,” Demarri said. “Our teachers nor our superintendent has done anything about it and we think that is very disrespectful and wrong and it needs to change.”

By asking for the “pass”, the White students were asking the Youngs permission to use the n-word. Such a request is often made in a taunting, disrespectful manner. Laniya said she has been asked the same question.

“None of the teachers will do anything about it,” she said. “They don’t pay attention to it.”

Young said she had spoken to Superintendent Jennifer Mast in February on the issue.

“I have spoken with Mrs. Mast in February during African American History Month,” she said. “I have asked them multiple times why there’s nothing representing the African American students, why she won’t say or do anything about Black students being asked for this pass. She’s claimed she’s addressed it, but it has not.”

People need to know that racism is a problem in D7 that’s being ignored. They’ve never had support services or offered apologies. There has been no support for Black families in the district. — Barbara Young, parent

Council Chairwoman Denise Malinowski-Maxwell advised Young that the City Council has no authority over the school district, but Young said she was following instructions.

Mast told The Arab American News that she was unaware of this instance.

Young told The Arab American News that she did receive a follow up from Mast, but it hasn’t helped ease her mind.

“I don’t know if they are telling the truth,” she said. “We addressed this with the school board back in February. My son told the (coach), but my daughter didn’t because she doesn’t believe they do anything anyways.”

Mast said that the district has a strict zero tolerance policy.

Young also said that she was told issues weren’t addressed because of parents.

“My husband overheard students make these similar comments at a game and I addressed it with a teacher,” she said. “The teacher told me that it’s hard when you’re dealing with the freedom of speech thing because so many parents have voiced that kids cursing isn’t a big deal.” We have very rarely had any issues like this. I am proud of our diverse culture. — Jennifer Mast, superintendent

Freedom of speech wasn’t the only reason Young was advised of as to why things weren’t being addressed.

Mast said that funding would never be an acceptable excuse to allow a child to experience discrimination.

“There have been several conversations surrounding funding, but I would never tell a parent that I won’t address an issue due to funding,” she said. “Our school district is a school of choice and we have very welcoming students and families. We have very rarely had any issues like this. I am proud of our diverse culture. I’m really disappointed that this was brought up in this way.”

“People need to know that racism is a problem in D7 that’s being ignored,” she said. “They’ve never had support services or offered apologies. There has been no support for Black families in the district. There needs to be more diversity training and kids need to know that this is a problem.”

While Mast said the district has rarely seen any instances of racial discrimination, there are procedures and policies in place.

“We do not tolerate this type of behavior,” she said. “We have a very strict zero tolerance policy in place for this type of behavior. It’s disheartening that our district and our administration is made out to be insensitive to these issues. We would never put the safety of our students at risk for any reason.”