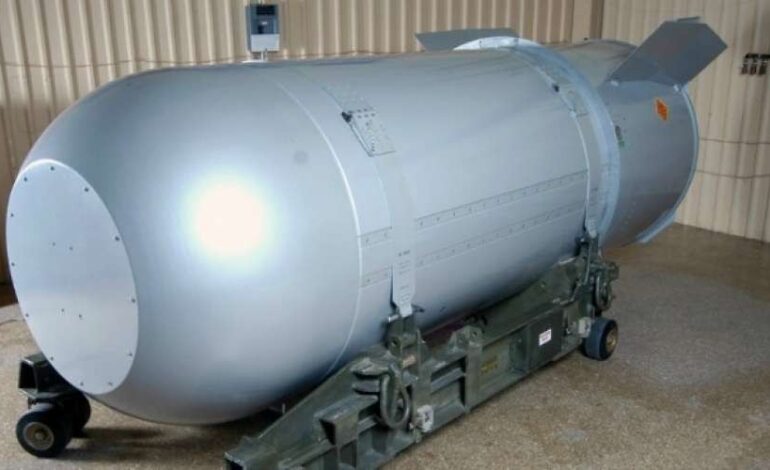 The greatest threat that the world confront, although not the most likely, is the possibility a nuclear disaster.

Seventy-five years ago, the United States dropped atomic bombs on Hiroshima and Nagasaki, bringing an end to World War II and sounding a warning about the devastating power of nuclear weapons.

Remarkably, we have managed to avoid using these weapons in warfare again. But nuclear arms still present an existential threat and it is worrisome that they get so little attention. I am impressed that nuclear weapons only occasionally get extensive coverage on a list of threats facing the United States. This is a change; in decades past, the topic was very much on the minds of policymakers.

I have long believed, and I still do, that the greatest threat we confront, although not the most likely, is the possibility a nuclear disaster. In terms of causing death and destruction, nothing compares to the awesome power of the nuclear bomb.

Several recent books, including one co-authored by former Defense Secretary William Perry, have brought attention to nuclear weapons. Pundits have commented on our luck in avoiding disaster.

At the height of the Cold War, the U.S. and the Soviet Union each had about 30,000 nuclear weapons, enough to destroy all life on Earth many times over. We relied on a strategy of deterrence called mutually assured destruction. Thanks to arms control agreements and efforts like the Nunn-Lugar Cooperative Threat Reduction initiative, American and Russian nuclear arsenals have been reduced by 80 percent or more.

But now there are signs the threat is increasing. China is building up its small nuclear arsenal, upsetting the balance of power. Russia and the United States are modernizing their nuclear weapons. North Korea is said to be developing ballistic missiles that can carry small nuclear bombs. U.S. military commanders have talked about using low-yield nuclear devices in conflict, blurring the line between conventional and nuclear weapons.

They reportedly argue that more powerful warheads are needed.

Recently we’ve seen arms control efforts discredited. The Trump administration pulled out of an agreement that slowed Iran’s path to acquiring nuclear weapons and announced it would leave the Open Skies agreement, which allows monitoring of weapons. The New START treaty, which limits U.S. and Russian nuclear arsenals, is scheduled to expire in 2021.

Earlier this year, the Trump administration considered testing nuclear explosives for the first time in 28 years; even though a resumption of testing would be more beneficial to China, which has conducted only a handful of tests, while the U.S. has conducted a thousand or more tests. Trump’s arms control negotiator, Marshall Billingslea, confidently asserted, “We know how to win these races and we know how to spend the adversary into oblivion.”

At the same time, tensions are rising in the world. China is engaging in aggressive actions in the South China Sea and clamping down on Hong Kong. Russia tries to destabilize the U.S. with attacks on our democratic processes.

For many Americans, nuclear weapons may seem like an abstract threat. They must compete for attention with more immediate concerns: The COVID-19 pandemic, health care reform, racial justice, the economy and more.

But the awesome destructive power of nuclear weapons puts them in a class by themselves. We need to revive serious concern about the issue and bring it back into active public dialogue. We need to restore our commitment to arms control agreements.

Near the end of Cold War, President Reagan and Soviet leader Mikhail Gorbachev declared that a nuclear war “cannot be won and must never be fought.” That principle is as true today as it was in the 1980s.