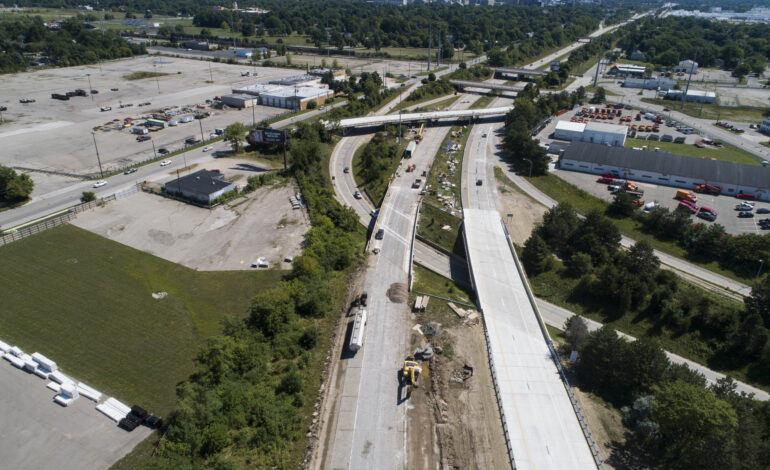 LANSING — The Michigan Department of Transportation (MDOT) announced on Thursday that it has closed on an $800 million bond issue that marks the first installment in Governor Whitmer’s $3.5 billion Rebuilding Michigan program.

The bonds will cover the cost of rebuilding some of Michigan’s most highly traveled freeways, including a $60 million project in progress on I-496 west of Lansing.

The state has said that when all of the $3.5 billion bonds are sold over the next few years, it will finance or help accelerate rebuilding or major rehabilitation of 122 major highways across the state. The plan includes freeways sections in Wayne, Oakland and Macomb Counties.

Whitmer said the program assures safe and reliable roads for Michiganders and allows the state to start moving dirt on the rebuilding plans this year, without an increase at the gas pump.

The bonds will finance or help accelerate rebuilding or major rehabilitation of 122 major highways across the state. The plan includes freeways sections in Wayne, Oakland and Macomb Counties.

In a unanimous vote on Jan. 30, the Michigan State Transportation Commission authorized the department to issue and sell $3.5 billion in bonds backed by state trunkline revenues. Total proceeds will be $1.017 billion from the $800 million in bonds closed on Thursday. The all-in true interest costs are 2.727 percent.

The states said an independent analysis from Moody’s Investor Services lent strong support to the bond sale, despite the pandemic. The firm emphasized that lagging infrastructure investment exposes Michigan to rising costs and reduced economic competitiveness and observed that Michigan has ranked near the bottom of the 50 states based on infrastructure spending as a share of total state and local expenditures.

“Through bonding, we can completely rebuild some important freeways that we otherwise could only afford to resurface,” MDOT Director Paul C. Ajegba said. “The successful sale of the bonds and positive market reaction also allows us to accelerate some non-freeway projects across the state.”