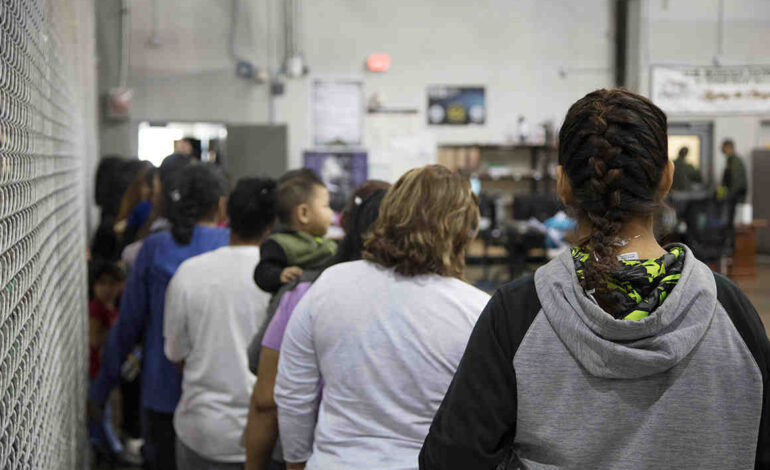 WASHINGTON, D.C. — U.S. Rep. Rashida Tlaib (D-Detroit) is joining 173 members of Congress to call on the Department of Homeland Security (DHS) Inspector General to open an investigation after a whistleblower complaint alleged mass hysterectomies were being performed on women detained at the privately-run Irwin County Detention Center in Ocilla, Ga.

The facility is is operated by the private prison firm LaSalle Corrections, which operates several other Immigration and Customs Enforcement (ICE) facilities. The whistleblower is nurse Dawn Wooten, who was employed by the facility. The complaint also covered the facility’s lack of COVID-19 protections.

“We are horrified to see reports of mass hysterectomies performed on detained women in the facility without their full, informed consent and request,” the letter says. “Everyone — regardless of their immigration status, their language or their incarceration — deserves to control their own reproductive choices and make informed choices about their bodies.

“We request that your office immediately open an investigation to thoroughly examine allegations raised.”

The complaint, filed by the human rights group Project South, made national news on Tuesday. The whistleblower and numerous immigrants complained of high rates of hysterectomies being performed at the facility, calling it an “experimental concentration camp” and the doctor performing the procedures, “the uterus collector.”

The letter notes that one immigrant reported that she knew of five women who had hysterectomies within a three month period. The complaint also raises questions as to whether there was proper, informed consent by many of the women. It details that several women did not know why they even went to a doctor.

The lawmakers’ letter also notes the abhorrent similarities between the allegations from the Irwin County Detention center and the United States’ shameful history of sterilization. More than 30 states passed eugenic-sterilization laws that disproportionately targeted people of color and incarcerated individuals.

By the end of 1963, more than 3,000 individuals had been sterilized in Georgia alone, as the state was responsible for the fifth highest number of sterilizations. This cruel practice has unfortunately continued into more recent times for incarcerated individuals.