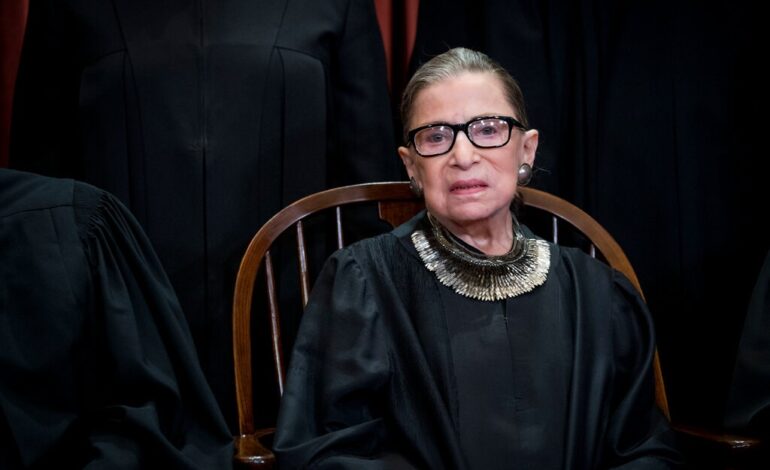 Chief Justice John G. Roberts Jr. said in a statement that she will always be remembered.

“Our nation has lost a jurist of historic stature,” he said. “We at the Supreme Court have lost a cherished colleague. Today we mourn, but with confidence that future generations will remember Ruth Bader Ginsburg as we knew her — a tireless and resolute champion of justice.”

Ginsburg was born in Brooklyn, NY in 1933. She graduated from Cornell in 1954 and began law school at Harvard in 1956. She later transferred to Columbia University, where she received her law degree in 1959.

Before joining the court, Ginsburg was a leading courtroom advocate of women’s rights and taught at Rutgers and Columbia. She was also the director of the Women’s Rights Project of the American Civil Liberties Union in the 1970s, where she brought a series of cases before the court that helped establish constitutional protections against sex discrimination.

Ginsburg often credited her mother for influencing her advocacy for women.

“My mother told me two things constantly: One was to be a lady, and the other was to be independent,” she had said in 2005 in an appearance at Duke University. “The latter was something very unusual … because for most girls growing up in the 1940s, the most important degree was not your B.A., but your ‘M.R.S.’”

Despite having been diagnosed with cancer four times, and being urged to step down during the Obama administration, she refused.

“I have often said I would remain a member of the court as long as I can do the job full steam,” she had said in July. “I remain fully able to do that.”

Her death will give President Trump the opportunity to name her replacement, which could transform the court into one in which Republican appointees outnumber Democratic ones six to three.

Ginsburg is survived by her children, Jane and James.