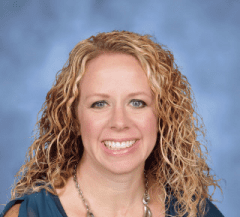 DEARBORN HEIGHTS — After a tense school board meeting on Wednesday was followed by a protest outside of the Board of Education building on Thursday morning, D7’s superintendent responded.

A parent addressed racism in the schools during an Aug. 25 Dearborn Heights City Council meeting and ever since, the district has been under scrutiny for its handling of racist incidents in the schools.

Superintendent Jennifer Mast said that when people were muted during the school board meeting on Wednesday, it was for policy violations.

“Public meetings have policies to abide by,” she said. “The times when people were muted, it’s because they were violating those policies. If you attack someone personally or direct something at someone, it is considered to be against policy. The school board president (Mandy Diroff) was trying to keep order while also making sure that my rights as an employee were being protected.”

While the topic was on racism in the schools, Mast said she doesn’t think people were silenced for speaking out on racism, but more so an email she had sent to the City Council.

“I believe the concern was surrounding the email that kept being brought up,” she said. “It wasn’t to silence concerns on racism.”

Mast sent the email in question to the City Council after its Aug. 25 Council meeting in regards to parent Barbara Young and her children telling the Council about being asked for the “n-word pass.”

In the email, Mast disclosed to the Council that the Young family were not residents and she spelled out the n-word, but she said that she was trying to be as clear as possible.

“The email was sent in response to the meeting where Ms. Young spoke about me specifically and the situation with her kids,” she said. “But the City Council went on to say that the school wasn’t doing anything, which was not true. Not one member of the City Council reached out to me, despite having good working relationships with each of them. It was disappointing and the point of the email was to tell them that they didn’t do their job in asking for addresses before residents speak.”

I hear the concerns and complaints and I am taking actions. We are currently reviewing our curriculum to include more Black history— Jennifer Mast, D7 superintendent

Mast also said that she spelled the n-word out in an attempt to make sure this is addressed appropriately and understood.

“The point of the email was to address my issue with City Council, not with this family,” she said. “Council meetings are for residents and I was pointing out that the Council did not do their job. I quoted the term ‘n-word pass’ and spelled it out because I didn’t want them to not know what I was talking about.”

While Mast said she was not upset over the protest that occurred outside of her window, she was concerned over the elementary school kids who were coming into school for the day.

“Several parents reported that they would not be leaving their kids at school because they were afraid of the protest,” she said. “There were swear words and threats made over the megaphone and I couldn’t protect the kids from that and a lot of parents are concerned. I was even asked if I will be canceling school if they show up again tomorrow.”

Mast said that in regards to her being accused of violating the Family Educational Rights and Privacy Act (FERPA), she does not believe she did.

“It’s my understanding of FERPA that directory information is not protected under FERPA,” she said. “It’s student records and health records that are kept in the schools that are protected. But I was not trying to violate anyone’s rights. It was not intended for there to be separation or minimizing the situation.”

When asked about the instance where a teacher had told a student to “go back to Africa”, Mast said she couldn’t confirm much information, but could confirm that there was a full investigation. She also said that they are working on improving the situations in the schools.

“I hear the concerns and complaints and I am taking actions,” she said. “We are currently reviewing our curriculum to include more Black history and we are starting training on racial equity for the staff.”

Mast also said that she wants to encourage students to speak up.

“I want them to be happy and welcome here and to feel safe,” she said. “Any racially motivated issues we have are taken seriously, but my frustration is when things aren’t being reported. We always try to encourage students to speak up, but the staff can’t do anything if they aren’t aware. I hope that we can find a way to work together and move past this.”