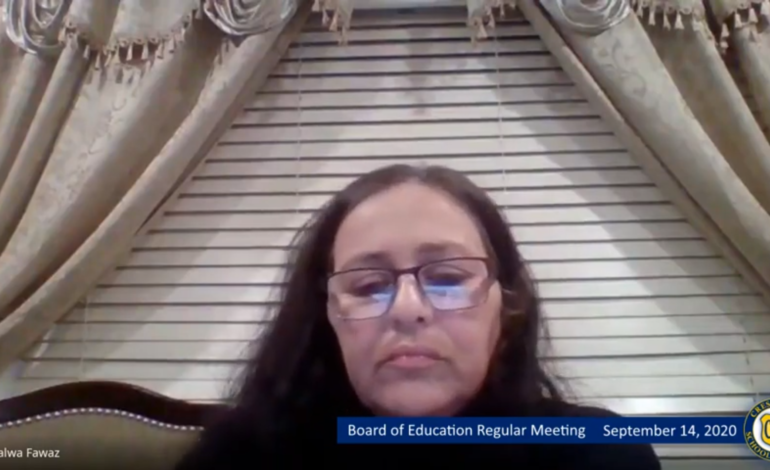 DEARBORN HEIGHTS — During the regular meeting of the Crestwood School Board on Sept. 14, Board Member Eduardo Garcia read a resolution to censure Trustee Salwa Fawaz.

The resolution was put forth by Garcia and supported by Trustee Sue Kaminsky.

“In light of an incident involving Board Member Salwa Fawaz on June 15, 2020, in which she engaged in a verbal and physical altercation involving, among others, students of the Crestwood School District, which resulted in the filing of a police report and a criminal investigation,” Garcia said. “On Aug. 3, Mrs. Fawaz deliberately and without provocation used her hip to shove and or push Board Member Nadia Berry and then yelled at Ms. Berry, which behavior was witnessed by members of the community.”

Garcia said the behavior outlined goes against board policy.

“Mrs. Fawaz’s behavior in these incidents are contrary to both the standard of behavior the board reasonably expects of the board members,” he said. “Specifically, code of conduct number one, ‘keep students’ best interest first.’ Number two, ‘make a commitment to having a working relationship with all board members.’ And number 18, ‘treat each other with dignity and respect.’”

Garcia also said that Fawaz’s behavior has disrupted the working relationship amongst the board and impaired its reputation.

“Therefore, it is resolved that the board finds Mrs. Fawaz ignored her responsibility as a board member, in particular, her responsibility to comply with board policy,” he said. “She failed to reflect upon the likely adverse effect her conduct would have on the reputation and work of the board of education and this district. This resolution shall be considered a censure of Mrs. Fawaz’s actions and her capability as a board member of the Crestwood School Board.”

Fawaz said that she felt ambushed by the resolution.

“I’d like to know where this conversation took place to come to this,” she said. “Why wasn’t I notified before this?”

I avoided (censuring), hoping that conversation would work and make things better, and it just seemed to escalate and I had no choice – Donna Ancinec, Crestwood School Board President

Board President Donna Ancinec said that several board members reached out to her directly regarding a censure, but she had hoped it would get better on its own.

“More than Mrs. Berry had come to me several times and asked for a censuring,” she said. “I avoided it, hoping that conversation would work and make things better, and it just seemed to escalate and I had no choice.”

Ancinec also said concerns over Fawaz’s attitude were also noted in the complaints.

Fawaz said while she disagrees about the situation with Berry, she cannot discuss the June 15 incident as it is still under investigation.

“I cannot comment on that particular event,” she said. “I can’t believe that the board members had this go around amongst themselves and no one even told me about it.”

The censure serves as a “strong reprimand” that the board can use to formally condemn behavior or policy. The board voted six to one in favor of the resolution, with Fawaz voting no. Fawaz also suggested that she would be contacting her attorney.

Fawaz told The Arab American News that she cannot comment on this situation at this time.