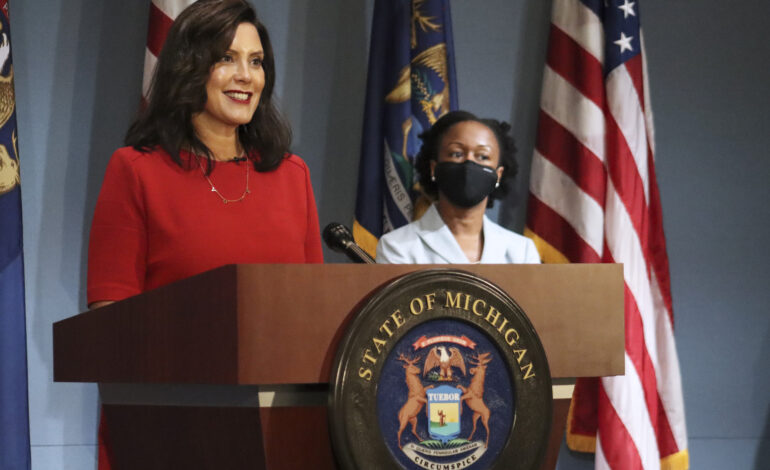 The state of emergency allows the Whitmer administration to issue quick, comprehensive responses to the ongoing COVID-19 crisis in the state. Photo: Office of the Governor

LANSING — Governor Whitmer is extending her state of emergency order for Michigan until October 27. Under the state of emergency, Whitmer will maintain executive decision-making powers as it relates to public health during the COVID-19 crisis.

Whitmer also announced on Wednesday the extension of four executive orders: One allowing remote notarization and e-signatures; a second that puts temporary restrictions on the entry of individuals into certain health care facilities; a third that enacts testing and clean protocols for Michigan prisons and jails and a fourth that adds protections for food selling establishments, including the requirement to maintain two hours a week of reserved shopping time for vulnerable populations.

“This emergency will end, and it is a matter of months,” Whitmer said in a statement on Wednesday. “But we are not out of the woods yet. Right now, the federal government and all 50 states have been under some form of state of emergency. We must continue doing our part to fight this virus on behalf of our families, frontline workers and our small businesses.”

The state’s health authorities say per-capita daily cases in Michigan have plateaued at a level well below the national average, with the seven-day case positivity rate remaining between 3.0 percent and 3.7 percent since early July. Michigan has been seeing 61 to 71 daily new cases per million population.

We are not out of the woods yet. Right now, the federal government and all 50 states have been under some form of state of emergency — Governor Whitmer

Whitmer’s administration reasons that the emergency powers are there to swiftly and correctly respond to the pandemic by building and maintaining infrastructure to stop the spread of COVID-19, tracing infections and by quickly directing additional resources to hot-spots as they emerge.

“The governor’s swift actions have saved thousands of lives during this pandemic, and she must be able to continue taking swift action to save lives,” said the state’s chief medical executive, Dr. Joneigh Khaldun.

Michigan has seen 136,820 cases of COVID-19 to-date, with more than 7,000 deaths and more than 95,000 recoveries. Whitmer’s state of emergency has seen fierce resistance from the GOP-led legislature in Lansing and has been the subject of court battles, which the governor has partially won.

The 1945 Emergency Powers of the Governor Act allows Whitmer to extend emergency status for the state without legislative approval. Beyond the lawsuits, a group named Unlock Michigan has been collecting signatures for a petition which will allow the legislature to do away with that law altogether. Senate leader Mike Shirkey and other Republicans have welcomed the petition drive.

Unlock Michigan has come under an investigation for criminal activity by state Attorney General Dana Nessel’s office. Her office has received complaints from residents who report they were deceived by petition circulators who were gathering signatures to support the efforts of Unlock Michigan to repeal the 1945 law. Residents said they were told the petitions were to support LGBTQ rights, for medical marijuana initiatives or to help small businesses, among other things.