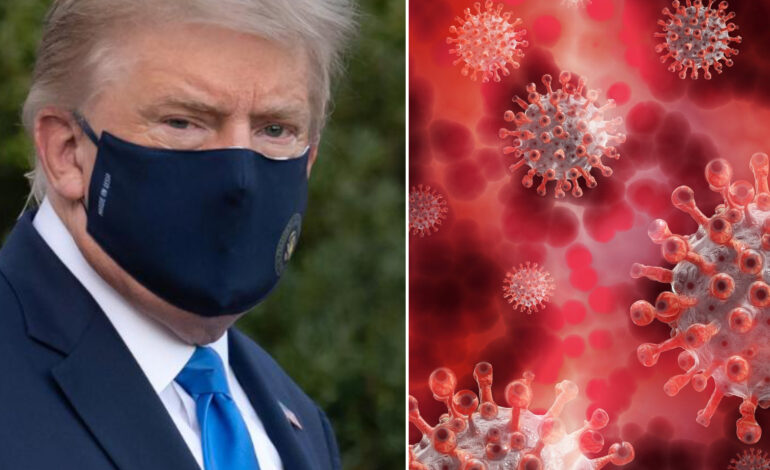 WASHINGTON, D.C. — After being treated for COVID-19 himself, President Trump downplayed the virus over social media and announced he was breaking off talks with Democrats on an economic aid package that could provide relief to millions of Americans in a pandemic-hit economy.

Trump was discharged from Walter Reed National Medical Center and returned home on Tuesday, after he was treated for the infection for three days at the hospital.

Trump’s drew immediate criticism from congressional Democrats and at least one Republican after he said he won’t be negotiating with Democrats until after the election. Trump said Democrats had included funding for areas in their proposal not affected by the coronavirus pandemic.

“I have instructed my representatives to stop negotiating until after the election when, immediately after I win, we will pass a major stimulus bill that focuses on hardworking Americans and small business,” Trump wrote on Twitter.

House Speaker Nancy Pelosi spoke out against the president’s actions, even going so far as saying the steroid dexamethasone he was taking was impacting his judgment.

“Today, once again, President Trump showed his true colors: Putting himself first at the expense of the country,” Pelosi said. “The White House is in complete disarray.”

“I still stand ready to hammer out a comprehensive – and bipartisan – deal for Michigan families, workers, small businesses, schools and communities,” said Senator Gary Peters (D-Michigan). “In my conversations with Michiganders, it is clear that additional relief is necessary – and it’s needed immediately.

“Approximately 7,000 Michiganders have lost their lives because of this pandemic and so many more are still battling it or hurting because of this unprecedented public health and economic crisis. This pandemic is not over and we must take it seriously by ensuring we pass meaningful, bipartisan relief. We have done this before in passing the CARES Act and other bipartisan efforts – we can do it again. I will keep fighting for Michiganders.”

Republicans in the Senate have been asked by Trump to concentrate instead on confirming conservative Supreme Court nominee Amy Coney Barrett.

“Many people…die from the flu”

More than 210,000 Americans have lost their lives to COVID-19, a pandemic that has also left millions unemployed.

Trump remains in quarantine, working from a makeshift office, not at the Oval Office. On Tuesday he downplayed the severity of the virus.

““Many people every year, sometimes over 100,000, and despite the vaccine, die from the flu,” Trump said on Twitter and Facebook. “Are we going to close down our country? No, we have learned to live with it, just like we are learning to live with Covid, in most populations far less lethal!!!”

The country’s top infectious diseases expert, Dr. Anthony Fauci, said influenza does not have the same reach as COVID-19. The U.S. has the world’s highest death toll from the pandemic. By comparison, influenza typically kills between some 22,000 and 64,000 people a year in the country, according to U.S. government statistics.

Since Friday, more of Trump’s circle have been revealed to have the virus , including former advisor Kellyanne Conway, who likely got infected at a super spreader event at the Rose Garden.