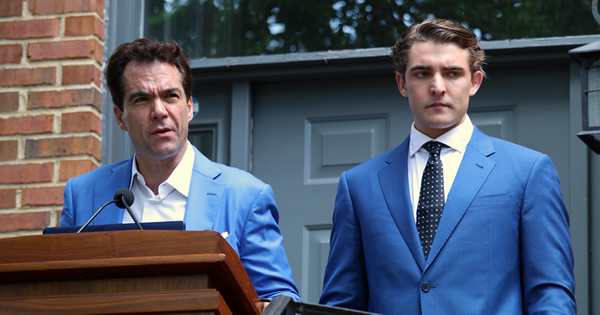 Jack Burkman (left) and Jacob Wohl are well known pro-Trump political operatives and conspiracy theorists. Both turned themselves in to law enforcement in Detroit on Thursday for voter intimidation and breaking election law. Photo: Flickr

DETROIT — On Thursday, Michigan Attorney General Dana Nessel announced the arrest and arraignment of two men who attempted to intimidate voters through robocalls.

The AG’s Office alleges that the two men attempted to deter voters from participating in the November election by creating and funding a robocall targeted at certain area codes, including Detroit and other major urban areas with significant minority populations. The charges were filed on Oct. 1.

The AG’s Office contends that around 85,000 robocalls were made nationally, though an exact breakdown of the numbers of calls made to each city or state is not available.

People were falsely told that mail-in voting, in particular, will allow personal information to become part of a special database used by police to track down old warrants and by credit card companies to collect outstanding debts

The calls were made in late August and went out to nearly 12,000 residents with phone numbers in the 313 area code. The recorded robocall message warned people about being “finessed into giving your private information to the man” and urges them to “beware of vote by mail.”

People were also falsely told that mail-in voting, in particular, will allow personal information to become part of a special database used by police to track down old warrants and by credit card companies to collect outstanding debts. The caller also deceptively claims the Centers for Disease Control and Prevention (CDC) will use the information to track people for mandatory vaccines.

Burkman and Wolh turned themselves in at the Detroit Detention Center early Thursday morning. The pair were then arraigned at the 36th District Court in Detroit before Magistrate Joseph Boyer.

The two are facing up to 12 years in prison. The actual length of time they’ll be in prison depends on the sentencing guideline and the judges’ determination. Both Burkman and Wohl are pro-Trump conspiracy theorists well-known for making false claims over social media, including the claim that former presidential nominee Elizabeth Warren had a sexual relationship with an ex-Marine male escort.

The AG’s Office says there is very little, if any, evidence to substantiate claims that mail-in ballots lead to fraud, as many states have successfully conducted the process for years. Michigan has had absentee voting for more than 60 years.