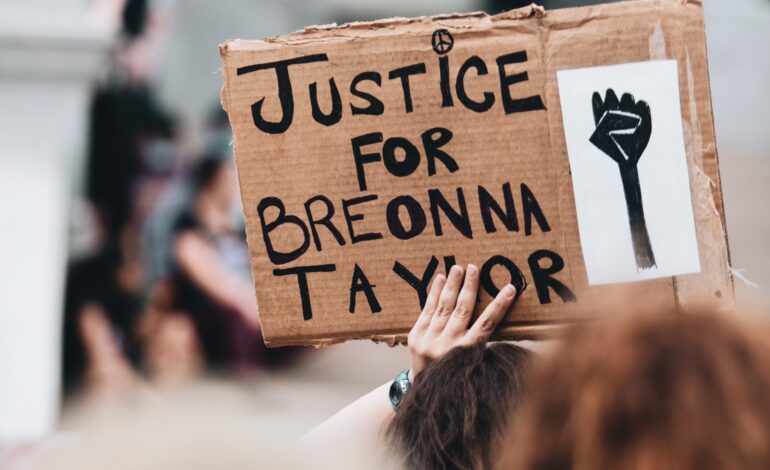 After viewing the first U.S. presidential debate on Sept. 29, one is left with no doubt about the degenerating political discourse among America’s ruling elites.

Following the debate between President Trump and the Democratic presidential nominee, Joe Biden, most analyses focused mainly on the personal insults and name-calling, which, deservedly, earned the event the title “worst presidential debate in recent memory.”

Supporters of both parties, however, rushed to minimize the damage inflicted by the poor performance of their candidate, elevating certain points and conveniently omitting others.

However, some issues were thoroughly discussed, thus allowing us to formulate educated opinions on both candidates’ stances on certain subjects, such as racism and police brutality.

Ongoing mass protests, occasional riots and persistent police violence across many American cities should have elevated the conversation to the point where racism in America contributed greatly in the formulation of questions and answers in the Thursday night debate. However, the opposite happened.

Although Trump plainly failed to condemn “White supremacists and militia groups”, giving the benefit of the doubt to such despicable associations such as the “Proud Boys”, Biden did not fare much better.

Trump’s position was not particularly shocking. After all, in 2015 he accused Mexico of sending criminals, drugs and “rapists” to the U.S., issued the “Muslim ban” in 2017 and, more recently, referred to the Black Lives Matter social justice movement as “a symbol of hate.”

It is Biden’s position in the debate that has proven truly precarious, however. Aside from his occasional jabs at Trump, calling him a “racist”, Biden has failed dismally at articulating a coherent racial justice program that would prioritize the struggle for equality and rights for Black people and other U.S. minorities.

Shockingly, there was no reference to the intrinsically racist travel ban on people coming from predominantly Muslim countries. Worse, not a single reference to Islam, Muslims or Islamophobia, the latter being the key factor unifying most ultra-nationalist, racist groups in the U.S. and elsewhere in the world.

Instead, Biden attempted to find a compromise that would allow him to brand himself as the anti-Trump alternative on race, yet without appearing too “radical” in the eyes of his White voters. The outcome was a bashful and marginal acceptance of responsibility concerning the “systemic injustice in this country”, yet without earnestly confronting the White establishment that has constructed and profited from the systemic racism.

Certainly, nobody expected that Biden, who spearheaded the 1994 crime bill during the Clinton administration — which led to the mass incarceration of mostly Black people — would be suddenly transformed in his passion and eloquence regarding social justice into the figure of Cornel West, Noam Chomsky or Angela Davis. However, his failure to enunciate the minimally-required program that could reassure Black and other minority voters was still astounding.

His first remarks seemed feeble, as if he was trying to refrain from outright condemnation of anti-Black racism in the country. He spoke about “equity and equality”, about “decency”, “the Constitution” and never walking away “from trying to require equity for everyone, equality for the whole of America.”

But with respect to specifics, he seemed to gag, only referencing gangs of White protesters “spewing anti-Semitic bile” and, later, bemoaning the discrimination against “Irish Catholics.”

What about anti-Black racism?

Black men are 2.5 times more likely to be killed by police than any other group in the U.S., although Black people are twice as likely to be unarmed than White people when fatally shot. Moreover, according to a major study cited in Nature Magazine, “White officers dispatched to Black neighborhoods fired their guns five times as often as Black officers dispatched for similar calls to the same neighborhoods.”

Consequently, reducing the discussion of racism in America to solely police brutality is, itself, covertly racist, for it insists on ignoring the roots of racism which range from social and economic marginalization to cultural stereotypes.

Not only did Biden, often exalted as the “progressive” choice, miss the opportunity to recognize the social and class conflicts as major underpinnings in America’s “systemic racism”, he also downplayed the causes and magnitude of police brutality altogether.

“Look, the vast majority of police officers are good, decent, honorable men and women. They risk their lives every day to take care of us, but there are some bad apples. And when they occur, when they find them, they have to be sorted out,” Biden said. Such non-committal language is hardly comforting to the families of Breonna Taylor, George Floyd and thousands of other African American families who have lost loved ones in recent years due to racially-motivated police violence.

Of course, anti-Black racism and police violence are not isolated events, but are an integral part of a far-reaching ailment that has plagued America for much too long.

Furthermore, neither Trump nor the Republican Party alone should be held accountable for the anti-Black, anti-minorities, anti-immigration attitudes that have defined every U.S. administration in recent history. It may be sobering to remember that it was President Obama who referred to Black protesters in Baltimore as “criminals and thugs who tore up the place”, leading him to impose a military-enforced lockdown in the city in April 2015.

Equally relevant, it was also the Democratic Obama administration that, between 2009 and 2015, deported more than 2.5 million people through immigration orders, “more than the sum of all the presidents of the 20th century,” according to ABCNews.com.

This is not to argue whether Republicans are better or worse than Democrats regarding the consequential subjects of racism, social injustice and immigration. However, judging by the legacies of the current and previous administrations — representing both parties — it is clear that America’s ruling elites are either unconcerned by the plight of minorities or playing the race card as a political tactic, which serves their fleeting agendas during election time

Namely, whether Trump clinches another term at the White House or whether Biden stages a major upset next month, the struggle for social justice should carry on, unabated.