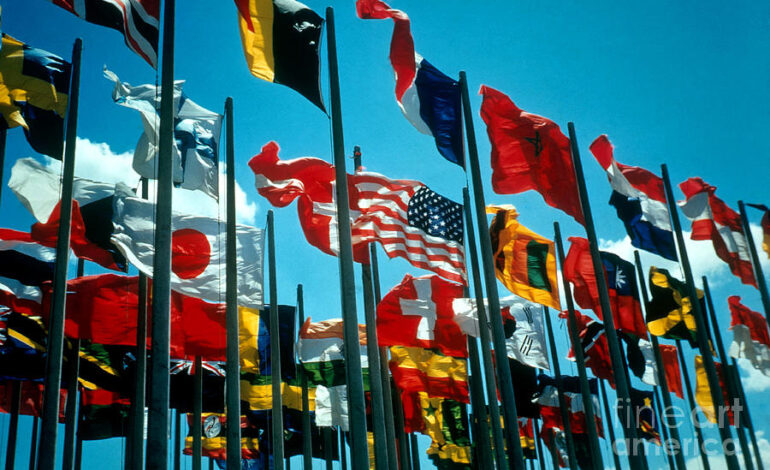 Call it American exceptionalism or not, the American people have always embraced the idea that we live in an exceptional country. We are grateful to be Americans. We take a lot of pride in our country, as we should. Pride and patriotism are among America’s greatest strengths.

Having said that, we need to be clear-eyed about our limits. Sometimes we tend to think we should always be No. 1, no matter what metrics we apply. That attitude can lead to arrogance and a lack of interest in the world.

There are always things we can learn from other countries.

South Korea’s success in containing the COVID-19 pandemic is instructive. The U.S. has just over six times the population of South Korea, but we have had nearly 300 times as many COVID-19 cases and nearly 500 times as many deaths, according to Johns Hopkins University data. Other Asian countries have also had notable success in containing the virus. We could learn from them.

Sometimes Americans tend to think we should always be No. 1, no matter what metrics we apply. That attitude can lead to arrogance and a lack of interest in the world.

Recently, the New York Times reported on the 2020 Social Progress Index, which ranks countries on measures of health, safety, nutrition, education, freedom, the environment and other factors associated with quality of life. It’s a bit of a shock that the U.S. comes in 28th. By some measures, we are outstanding: Our universities are the best in the world, but we are No. 91 (out of 163 countries) in access to quality basic education. We have the best medical technology, but we are No. 97 in access to quality health care.

By most measures, the U.S. was the unchallenged world leader, roughly from the end of WWII to the early years of the 21st century. We had a positive, optimistic vision of our role in the world and the importance of our global engagement. We built the institutions that created the post-World War II international order. But from Vietnam forward through Iraq and Afghanistan, we learned some of the constraints on our power.

These challenges prompted us to re-examine our role in the world. Gradually, we accepted the costs as well as the benefits of being No. 1. The question arose: Did we really want to be the world’s leader in all things?

The issue of America’s role in the world — what it is, and what it should be — is the central question in U.S. foreign policy. My sense is that we should play a prominent leadership role in world affairs, recognizing we should actively engage in the world, that our values and ideals are our best tools.

America should be neither interventionist nor isolationist.

We should be neither interventionist nor isolationist. Use of force, while always at the ready, should be a last, not a first resort. Instead, we should emphasize our economic and political strength, our diplomacy, our support for development, fair trade and our efforts to secure arms control agreements and combat climate change.

With our goal to spread democracy and freedom, our foreign policy has a strong moral component. But we also have to be pragmatic and sensitive to other nations, especially allies, work to maintain the support of the American people and defend our vital interests.

Such an approach will strengthen and sustain America’s standing in the world.