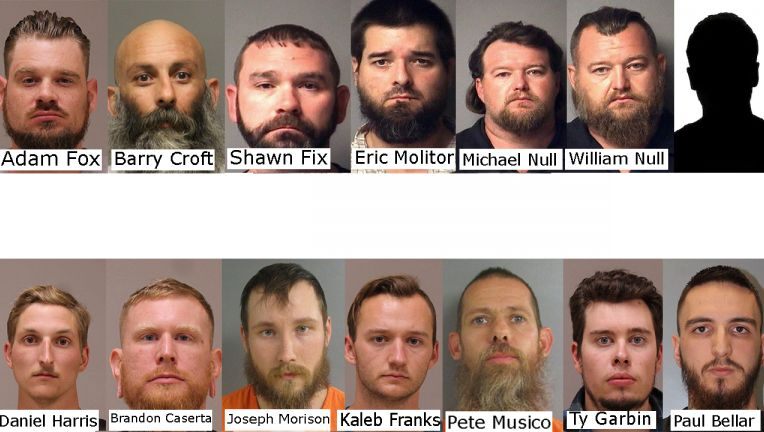 LANSING — Attorney General Dana Nessel’s office is reporting that there is now a 14th person charged in the plot to kidnap Governor Whitmer.

Ryan Jarvi, a spokesperson for Nessel’s office, told local news outlets that a 14th person was arrested in the plot to kidnap Whitmer, but would not provide further details regarding the charges or connection to the other 13 suspects.

This comes just days after the FBI confirmed that Whitmer was not the only governor targeted.

FBI Special Agent Richard Trask disclosed that Governor Ralph Northam of Virginia was also targeted during a preliminary examination at the U.S. District Court in Grand Rapids, where five of the men were scheduled to have their bond hearings this week.

Trask testified that the suspects had discussed “taking a sitting governor” and were specifically targeting Whitmer and Northam based on their lockdown orders.

“The understanding at the time was to potentially kidnap a sitting governor and remove them from office,” Trask said. “The plan was ultimately to take her (Whitmer) and place her on trial at a different location.”

Northam held a press conference on Tuesday saying he, “will not work under a cloud of intimidation.”

He also echoed a statement made by his press secretary, saying that the force behind the threats is President Trump.

“These threats are not coming from any other country,” he said. “They are coming from Washington.”

In April, Trump had put out a series of tweets encouraging people to “liberate” Democratic-governed states, including Michigan and Virginia, after strict shelter-in-place measures, orders and guidelines were announced.

Seven of the men charged in the kidnapping plot were also charged by Nessel’s office last week of plotting domestic terrorism and an eighth man has been charged as well.

Brian Higgins, 51, of Wisconsin Dells, WI has been charged with material support of an act of terrorism, which is a 20-year felony. He is also suspected in assisting with the plot to kidnap Whitmer.

Higgins was arrested in Wisconsin and is being extradited back to Michigan to be arraigned in Antrim County’s 86th District Court.

The charges against Higgins brings the total state felony charges announced by Nessel’s office to 20 against eight people.

At least some of the defendants participated in various demonstrations at the Michigan Capitol building over the past several months.

Nessel said that the actions by authorities have been “heroic.”

“While the political rhetoric in our nation may at times be divisive, I am encouraged by the united front our law enforcement community has displayed in response to this indescribable act of terror,” Nessel said. “These were very credible and very serious threats to our elected officials and the public in general, and the swift actions taken by state and federal authorities this past week are nothing short of heroic.”

All but one of the six men charged last week have been arraigned, as Paul Bellar is currently facing extradition from South Carolina.

Three men, Kaleb Franks, Daniel Harris and Brandon Caserta, were denied bond in the case by Magistrate Judge Sally Berens in Grand Rapids on Tuesday. A ruling on a bond hearing for Adam Fox and Ty Garbin have not yet been scheduled and Barry Croft is also pending extradition from Delaware.