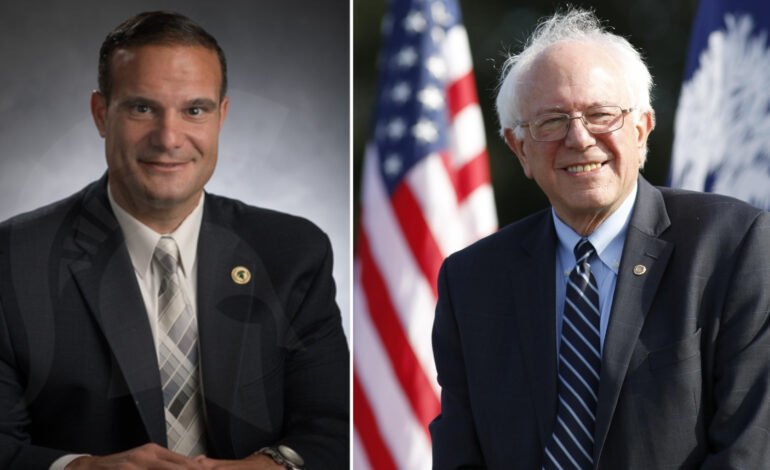 "Senator Sanders’ endorsement is a testament to the way I was raised and the values instilled in me by my parents," Mosallam said

Mosallam has been on the Board of Trustees since January 2013. He announced his reelection campaign in June, saying that he had decided to run after “careful consideration”, thanking the Michigan Democrats Progressive Caucus and survivors of sexual abuse at the hands of former USA Gymnastics team doctor and MSU professor Larry Nassar, who is in prison.

The Progressive Caucus of Mid Michigan said on Thursday that Mosallam has been a fierce advocate for survivors and took on an institution when others ran and hid.

“I am extremely honored that Senator Sanders recognized my advocacy for justice on behalf of survivors and in taking on an institution,” Mosallam told The Arab American News. “His endorsement is a historic moment never before seen in my campaigns.

“I knew (the Nassar story) was a national story, but it was not my story. The positions I took, I thought were common sense. They did not require courage. The courageous ones are the survivors. I drew my courage and strength from them. Senator Sanders’ endorsement is a testament to the way I was raised and the values instilled in me by my parents.”

U.S. Rep. Rashida Tlaib (D-Detroit) also formerly announced her endorsement of Mosallam on Thursday. She also endorsed Dr. Rema Vassar, who is also running for one of two open spots on the board.