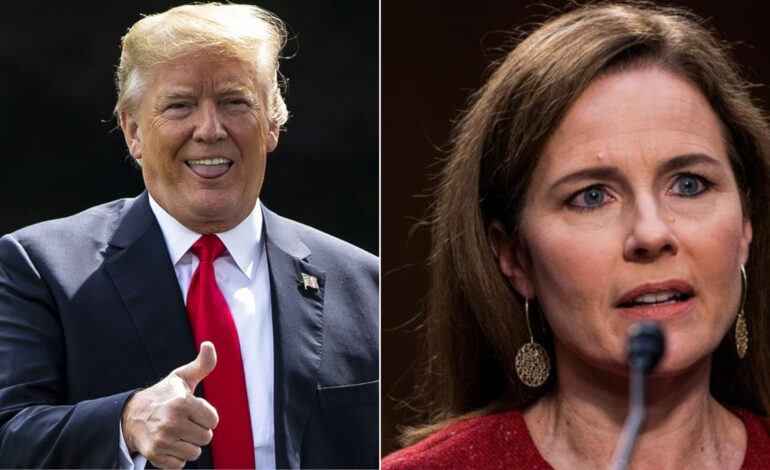 By a 12-0 vote, the panel approved Barrett with all Republican members voting yes and the 10 committee Democrats boycotting the meeting after calling the confirmation process a sham. With Trump’s fellow Republicans holding a 53-47 Senate majority, Barrett’s confirmation appears certain.

Trump, who asked the Senate to confirm Barrett before the Nov. 3 U.S. election in which he is being challenged by Democrat Joe Biden, applauded the committee vote, writing on Twitter, “Big day for America!”

Barrett, 48, has been a federal appeals court judge since 2017 and previously was a legal scholar at the University of Notre Dame in Indiana. Her confirmation would give the top U.S. judicial body a 6-3 conservative majority, including three justices named by Trump.

“The Senate majority is conducting the most rushed, the most partisan and the least legitimate process in the long history of Supreme Court nominations,” Senate Democratic leader Chuck Schumer told reporters after the vote.

“It will be my choice to vote the nominee out of committee,” Graham said. “We’re not going to allow them to take over the committee.”

The empty seats for the Democratic committee members had posters placed upon them bearing photographs of people who they argue would be hurt if the Affordable Care Act healthcare law, also known as Obamacare, is struck down as Trump has sought in a case to be argued before the justices on Nov. 10.

Barrett, nominated on Sept. 26 to succeed the late liberal Justice Ruth Bader Ginsburg, has criticized previous rulings upholding Obamacare, but said during her confirmation hearing she has no agenda to invalidate the measure.

Democrats were incensed that Senate Republicans moved forward with Barrett’s confirmation process so near an election after refusing in 2016 to allow the chamber to act on a Supreme Court nomination by Trump’s Democratic predecessor, Barack Obama, because it was an election year.

Schumer called the Republican hurry to confirm Barrett “a naked power grab” through a “sham vote”, arguing that Republicans broke the committee’s own rules by approving the nomination without Democrats present.

No nominee to the Supreme Court has ever been confirmed by the Senate this close to a presidential election. More than 45 million ballots already have been cast. Majority Leader Mitch McConnell has planned a confirmation vote on the Senate floor on Monday.

Calling the committee vote “a groundbreaking historic moment”, Graham said of Barrett, “The ‘law of Amy’ will not be applied to a case in controversy. It will be the law as written in the Constitution or by statute or whatever regulatory body she’s going to review. She will take her job on without agenda.”

Trump has said he believes the Supreme Court will decide the election’s outcome and has made clear he wants Barrett on the bench for any election-related cases.

Republicans are hoping Barrett’s confirmation can give a boost to incumbent senators in the party facing tough re-election fights, including Graham in South Carolina and Judiciary Committee members Joni Ernst in Iowa and Thom Tillis in North Carolina.

Some on the left have floated the idea of expanding the number of justices — fixed by federal law at nine — if Biden wins to counter the court’s rightward drift in light of the actions of Senate Republicans in 2016 and now. Republicans have decried the idea as “court-packing.”

Biden told the CBS program “60 Minutes” that if elected he would create a bipartisan commission of constitutional scholars to examine reforms for the “out of whack” federal judiciary, saying there could be various alternatives to consider besides expanding the Supreme Court.

Graham said expanding the number of justices after presidential elections would mark “the end of the independence of the court.”