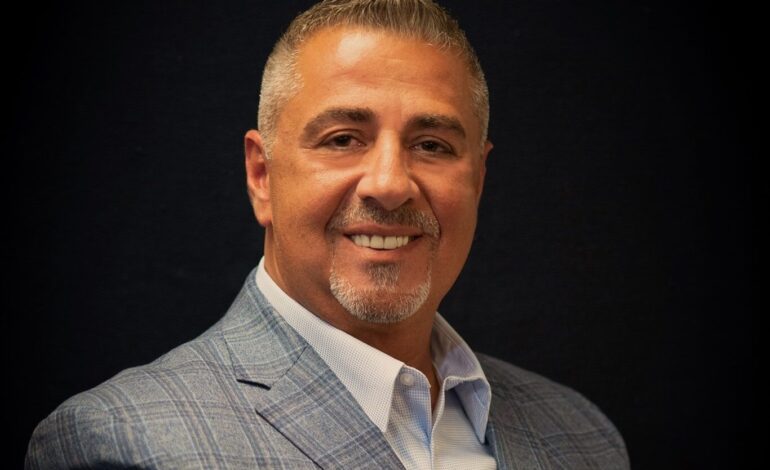 TOLEDO — Younes “Tony” Dia, the father of slain Toledo Police officer Anthony Dia, was convicted as a juvenile for fatally shooting another teen.

The news came Thursday after the Toledo Blade obtained public records that show Dia was charged with the shooting in the mid-eighties. Dia is currently running for a Toledo City Council seat.

Dia declared his campaign for City Council just two months after the death of his son. The younger Dia was shot on July 4 of this year by an intoxicated man after responding to a 911 call about that man at a Home Depot in Toledo.

The Dias are part of the large Arab American community in Toledo and Metro Detroit, with many relatives in Dearborn. Dia, a Republican, has had previous brushes with the law involving business at a strip club he previously owned.

The Blade reports that in 1986, Dia fatally shot another teenager with a .25-caliber pistol during an argument. The victim was a 17-year-old who was fatally shot in the chest after arguing with several people near his house. Dia, then 16, was later charged with the murder of the teenager.

Dia’s campaign spokesman, Josh Culling, posted a statement on Twitter explaining the incident, while taking shots at the Blade and Dia’s Democratic rival, Katie Moline, for attempting to discredit Dia’s City Council bid. The statement also said Dia was pressured into taking a plea deal back then.

During the investigation into the incident Tony was pressured into a plea deal, which he took rather than risk the rest of his life at the hands of a criminal justice system that is stacked against men like him — the Tony Dia campaign

“In 1986 a young Muslim immigrant and his friends were attacked on the North End of Toledo,” the statement said. “In the course of the attack, that young man, Tony Dia, fired in self defense.

“During the investigation into the incident Tony was pressured into a plea deal, which he took rather than risk the rest of his life at the hands of a criminal justice system that is stacked against men like him. This is a story that takes place in America every day. It is a story that is very often not covered in the media or understood by the general public. And now it is a story that is being used by Katie Moline, corrupt Democrats and our city’s paper of record to smear an immigrant, small business owner and Toledoan whose only current crime is running against the Good Ole Boys Club in One Government Center.”

The Blade says records show Dia waived his right to a probable cause hearing and the court determined it was likely that the crime in question occurred. The plea he entered was for an amended charge of voluntary manslaughter. Dia was released early from a one-year sentence at the Ohio Department of Youth Services.

The Blade also revealed that Dia’s juvenile criminal record goes back further, with an assault charge at age 13 and a charge for giving false information to the police at age 15 during the investigation of a suspicious vehicle.

Toledo has a Democratic majority in its city legislature. Local Republicans have backed Dia and have pointed at a culture of corruption at the top, with four Council members and an attorney currently facing charges of bribery in federal court.

In the wake of his son Anthony’s death while on duty, Dia has pledged to tackle crime in Toledo and provide additional support to the Toledo Police Department.