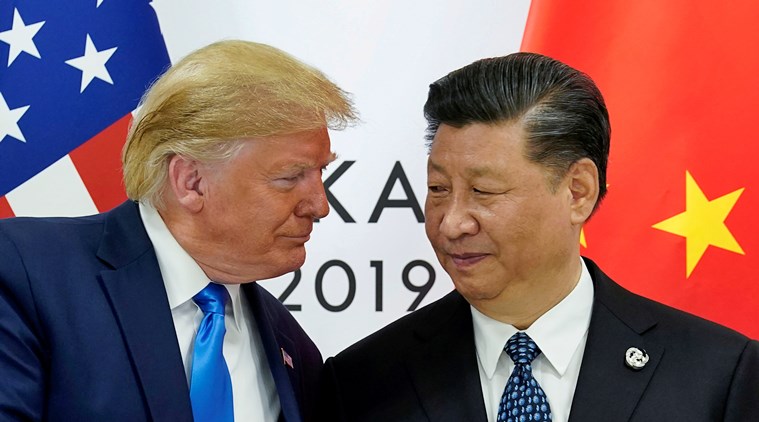 The need for a strong China is not a novel idea developed by the current Chinese president, Xi Jinping. Photo: Reuters

The outdated notion that China “just wants to do business” should be completely erased from our understanding of the rising global power’s political outlook.

Simply put, Beijing has long realized that, in order for it to sustain its economic growth unhindered, it has to develop the necessary tools to protect itself, its allies and their combined interests.

The need for a strong China is not a novel idea developed by the current Chinese president, Xi Jinping. It goes back many decades, spanning various nationalist movements and, ultimately, the Communist Party. What sets Xi apart from the rest is that, thanks to the unprecedented global influence acquired by Beijing during his incumbency (2013 — present), China is now left with no alternative but to match its “economic miracle” with a military one.

President Trump made the trade deficit between his country and China a cornerstone in his foreign policy agenda even before his rise to power. That aside, it is the military deficit that concerns China most. While world media often focuses on China’s military encroachment in the South China Sea — often dubbed “provocations” — little is dedicated to the massive U.S. military presence all around China.

Tens of thousands of U.S. troops are stationed in the West Pacific and in other regions, creating an encirclement, all with the aim of cutting off the possibility of any Chinese strategic expansion. Numerous U.S. military bases dot the Asia-Pacific map, stationed mostly in Japan, South Korea, Philippines, Singapore, Guam and Australia.

In response to China’s military maneuvers in the South China Sea, the U.S. composed the 2018 National Defense Strategy, which is raising the prospects of military confrontations between the U.S. and its Asian allies on the one hand and China, on the other. U.S. military expansion soon followed. On September 8, the Wall Street Journal, citing U.S. officials, reported that the Republic of Palau has “asked the Pentagon to build ports, bases and airfields on the island nation.”

The National Defense Strategy of two years ago was a further confirmation that the focal point of U.S. foreign policy has largely shifted away from the Middle East to the Asia-Pacific

It is obvious that the Pentagon would not base such a consequential decision on the wishes of a tiny republic like Palau. The immensely strategic value of the country — spread over hundreds of islands in the Philippine Sea, with close ties to China’s arch-enemy and U.S. ally, Taiwan — makes Palau a perfect choice for yet more U.S. military bases.

This is not new. The rise of China, and its clear intentions to expand its military influence in the Pacific, has irked the U.S. for years. Barack Obama’s administration’s “Pivot to Asia” in 2012 was the genesis of the new American belief regarding the imminent challenges awaiting it in that region. The National Defense Strategy of two years ago was a further confirmation that the focal point of U.S. foreign policy has largely shifted away from the Middle East to the Asia-Pacific.

The compromising language that became a feature in China’s foreign policy throughout the 1980s and 90s is now being supplanted by a different discourse, one of political resolve and unprecedented military ambitions. In his speech at the historic October 2017 Communist Party Congress in Beijing, Xi declared the dawn of a “new era”, one where development and strength must synchronize.

“The Chinese nation … has stood up, grown rich and become strong. It will be an era that sees China moving closer to center stage and making greater contributions to mankind,” he said.

Since then, Xi has tirelessly aimed to strike the balance between strength, bravery and victory with that of progress, ingenuity and wealth. For the “China dream” to be realized, “it will take more than drum beating and gong clanging to get there.”

The Chinese quest to reach its coveted “center stage” has already been launched in earnest. In the economic realm, the Belt and Road Initiative (BRI) is in full swing. Announced by Xi in 2013, the giant plan hopes to outweigh all traditional trade channels that have been put in place over the course of many years. When completed, the China-led infrastructure network will establish connectivity throughout Asia as well as the Middle East and Africa. If successful, a future China could, once more, become a world-leading hub of trade, technological renovation and, of course, political power.

In contrast, the U.S. has solidified its global dominance largely based on military might. This is why the U.S. counter-strategy is now intently focused on military expansionism. On October 6, U.S. Secretary of Defense Mark Esper said that his country’s navy requires more than 500 ships to counter China. Of this number, 355 traditional warfighting vessels are needed by 2035. This future fleet is dubbed “Battle Force 2045.”

Another central piece in Xi’s strategy is to copy the American model and to rebrand China as a stately power, a defender of international law and against global crises

Particularly intriguing in Esper’s recent announcement is the claim that by 2045, “Beijing wants to achieve parity with the United States Navy, if not exceed our capabilities in certain areas and to offset our overmatch in several others.” In fact, Beijing already has. China currently has the largest navy in the world and, according to the Pentagon, “is the top ship-producing nation in the world by tonnage.”

By China’s own calculations, Beijing does not need 25 more years to fully change the rules of the game. On October 15, President Xi told the People’s Liberation Army (PLA) Marine Corps to focus their energy on “preparing for war.” Many interpretations have already been made of his statement, some linking it to the U.S., others to Taiwan, to various South China Sea conflicts and even to India. Regardless, Xi’s language indicates that China does not “just want to do business”, but is ready to do much more to protect its interests, even if this means an all-out war.

China’s foreign policy under Xi seems to portray an entirely different country. China now wields enough wealth, economic strategic influence — thus political power — to start the process of strategic maneuvering, not only in the Asia Pacific but in the Middle East and Africa, as well.

Another central piece in Xi’s strategy is to copy the American model and to rebrand China as a stately power, a defender of international law and against global crises. The U.S.’ growing isolationism and failed leadership at the time of the COVID-19 pandemic have been Xi’s perfect opportunity for this new China debut.

The world is changing before our eyes. In the coming years, we are likely to, once more, speak of a bipolar – or, possibly, tri-polar — world, one in which Washington and its allies no longer shape the world for their benefit. In some way, China is well on its way to reclaim its new status.