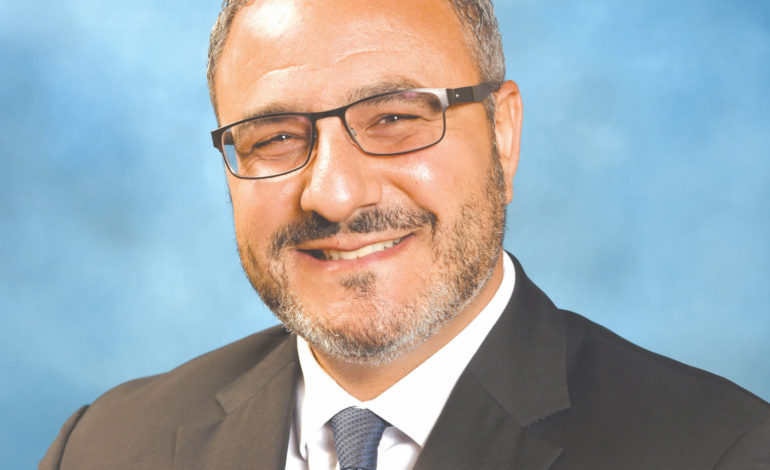 Superintendent Dr. Youssef Mosallam has been given an evaluation rating of "highly effective" and a three-year contract extension

DEARBORN HEIGHTS — The Crestwood School Board voted to approve an evaluation and contract extension for its superintendent.

Dr. Youssef Mosallam, who has an extensive background in education in the Dearborn and Dearborn Heights communities, was appointed to the position of superintendent in October 2019.

The evaluation itself was held during a closed session as it involved personnel matters, but once the board opened the public meeting it took a vote on the decision.

“I recommend the board approve the evaluation of Dr. Youssef Mosallam,” she said. “Receiving a rating of ‘highly effective.’”

Trustee Salwa Fawaz abstained from the vote, saying the evaluation was premature and that she felt the board had not gotten certain answers or data that had been requested.

Fawaz was then accused of breaking Robert’s Rules of Order as she was discussing publicly what had just been discussed during a closed session.

Acting as chair of the meeting, Treasurer Ed Garcia said that he would not allow for negativity.

“There will be no negativity in regards to your feelings regarding this,” he said. “Trustee Fawaz, this is not, and nor will you have the opportunity, because I will mute you, to bring that information that was discussed in a closed session into an open session.”

The board voted in agreement with the rating for Mosallam, with the exception of Fawaz, and the same vote took place for his contract extension. Mosallam’s contract will now expire on June 30, 2026.

“I am humbled and honored by the fact that the board has enough faith in our team to extend my contract,” Mosallam told The Arab American News. “This community and these kids are what I am all about. And it’s very humbling.”

Trustee Najah Jannoun said she is grateful to see how far the district has come.

“There are now procedures in place in areas that were extremely concerning to me prior to joining the board,” she said. “Especially with hiring practices and community and student involvement. I am excited to see what the future holds for our district under Dr. Mosallam’s leadership.”

Berry said Mosallam has brought a significant amount of knowledge to the district.

“He’s taken us to the next level and the 21st century,” she said. “He has made sure that students have the emotional and mental support that they need by bringing in school psychologists and counselors.”

Berry also said it was only fair to extend his contract.

“He’s been phenomenal and we have come a long way,” she said. “If he wasn’t here and this virtual learning thing had happened, we wouldn’t have succeeded. He’s very involved and he’s doing a fabulous job.”

Mosallam said that his goal has always been to work as a team.

“It’s about respect, transparency and teamwork,” he said. “As I had promised, we have done what is best for the students, but we are striving to do better and move forward.”

Mosallam also said that there are areas he’d still like to improve on.

“I think we have such high expectations for ourselves that there are some areas where I believe we can still improve,” he said. “We will continuously look at the best interest of all children and all of the community. We really look forward to what the future of Crestwood looks like and what we need to do to prepare our children to be successful.”

Having accepted the extended contract, Mosallam said he is thankful.

“I want to say ‘thank you’ to the board and to the community for the honor and opportunity to continue to serve this district,” he said. “I look forward to our future together and working with great staff, a great community and great students that will lead us to become a more phenomenal district.”