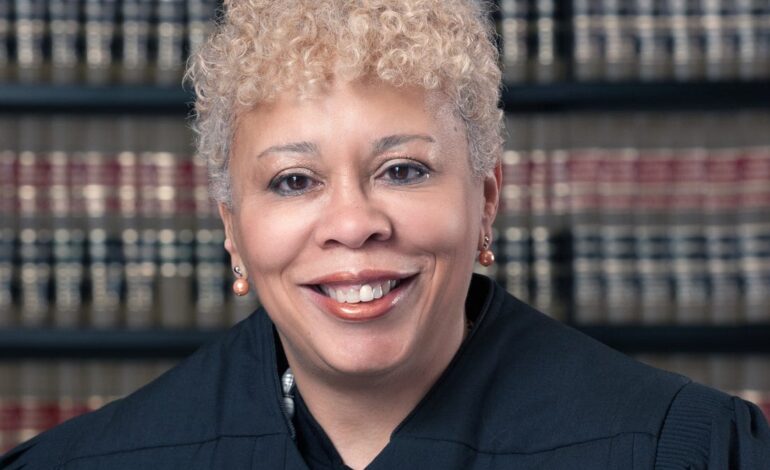 Stephens denied the campaign’s request to stop vote counts and processing after she held a hearing and listened to arguments Thursday, during which she ruled the Trump campaign’s lawsuit was unlikely to succeed on merit.

Stephens had said earlier that she had planned to issue a written ruling, after she threw out on Thursday a lawsuit brought by the campaign in hopes of halting vote counting. Joe Biden won the state by almost three percentage points. The Trump campaign said it had not been provided meaningful access to numerous counting locations to observe the opening of ballots and the counting process, as guaranteed by Michigan law.

“The Trump campaign’s lawsuit demonstrates either a failed attempt by plaintiffs to cobble together a legitimate claim, or their clear lack of understanding of Michigan’s election laws. The Court correctly described the campaign’s claims as nothing more than hearsay, and our office will ask the Court to dismiss this meritless lawsuit. The will of voters is what matters in this election, and their ballots in Michigan have been counted in a transparent, fair and accurate manner.”

Trump’s campaign also tried a similar maneuver in the battleground state of Georgia. There the campaign alleged that 53 late-arriving ballots were mixed with on-time ballots. Georgia Superior Court Judge James Bass said there was “no evidence” that the ballots in question were invalid. Like Michigan, that case was tossed out on Thursday.

Biden gained narrow leads in key battleground state’s Pennsylvania, Georgia and a more significant one in Nevada on Friday morning. Georgia is now headed to a recount as the margin between total vote counts falls under the amount needed to trigger one.

Offering no evidence, Trump has insisted on alleged widespread voter fraud in the states where the regular counting of votes are pushing Biden closer to the presidency.

“This is a case where they’re trying to steal an election,” Trump said on Thursday, speaking for about 15 minutes in the White House briefing room before leaving without taking questions.