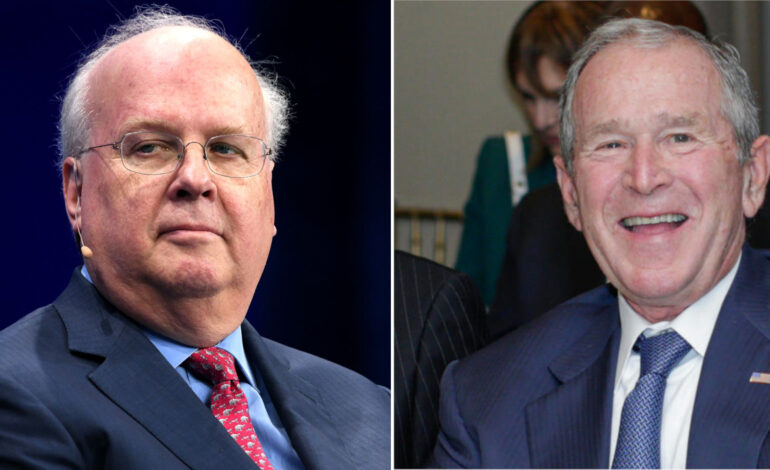 Some, like Karl Rove, said there was no evidence of vote fraud, while others, like former President George W. Bush, acknowledged Biden's victory early on

Those close to the current president have given major news networks a glimpse into the turmoil brewing in the White House. Trump has pushed ahead with hopes of overturning results in battleground states where Biden leads by a substantial amount.

Besides calling for recalls and the stopping of certification of election results (as in Michigan), the campaign is relying on a failing litany of lawsuits, while providing no evidence of widespread vote fraud. Advisors have told Trump that these lawsuits will not likely prevail in courts. Some advisors have indicated that Trump may bow out by changing his mind about the court cases or when the hand-administered recount in Georgia finishes next week.

Either way, some prominent Republicans began acknowledging Biden as the lawful winner of the election. Announcement of this acknowledgment came over the week, as Trump blocked normal access to intelligence briefings and other transition procedures from Biden.

Karl Rove, who was credited with helping George W. Bush win his gubernatorial and presidential campaigns, and was once a GOP crusader against voter fraud, wrote an op-ed in the Wall Street Journal entitled “This Election Result Won’t be Overturned.”

“The president’s efforts are unlikely to move a single state from Mr. Biden’s column, and certainly they’re not enough to change the final outcome,” Rove wrote on Wednesday. He added that, “to win, Mr. Trump must prove systemic fraud, with illegal votes in the tens of thousands. There is no evidence of that so far.”

Rove, like many other Republicans, acknowledged Trump’s right to challenge results, and did not call Biden president-elect.

Bush himself called Biden and Vice President-elect Kamala Harris on Sunday to congratulate them, saying in a statement that Biden’s win was clear.

“The American people can have confidence that this election was fundamentally fair, its integrity will be upheld and its outcome is clear,” Bush said.

A prominent Republican from the midwest, Ohio governor Mike DeWine, who on Wednesday warned residents of a shutdown if they didn’t do enough to protect themselves from COVID-19, referred to Biden as president-elect this week. DeWine endorsed Trump’s reelection campaign. Other Republican governors, like Maryland’s Larry Hogan and Massachusetts’ Charlie Baker congratulated Biden on his projected victory. Hogan criticized Trump for not acknowledging that he will eventually concede, when the country faces dire issues like economic relief from the pandemic as talks remain stalled in Washington.

Utah Senator Mitt Romney, who did not vote for Trump in this election, said he had not seen any evidence of voter fraud and said the nation should get behind Biden.

“I do believe, however, that it’s destructive to the cause of democracy to suggest widespread fraud or corruption,” Romney told CNN. “There’s just no evidence of that at this stage.”

In the battleground state of Arizona, which all major networks have now called for Biden, Attorney General Mark Brnovich, a prominent Republican, said he had not seen any evidence of fraud or voter disenfranchisement.

Even Vice President Mike Pence has not repeated Trump’s claims of nationwide voter fraud, but has continued to show his loyalty and support for the potentially one-term president.

Biden leads Trump by more than 5 million votes nationally, in an election that saw a dizzying amount of voters participate during a global pandemic. On Thursday, a group of federal, state and local election officials issued a statement via the U.S. Department of Homeland Security declaring categorically that the election “was the most secure in American history.” The statement came hours after Trump claimed over Twitter that a voting machine system deleted 2.7 million votes for Trump nationwide.

“The November 3rd election was the most secure in American history,” the statement said. “Right now, across the country, election officials are reviewing and double checking the entire election process prior to finalizing the result.” The officials said there is no evidence that any voting system deleted or lost votes, changed votes or was in any way compromised.

“While we know there are many unfounded claims and opportunities for misinformation about the process of our elections, we can assure you we have the utmost confidence in the security and integrity of our elections, and you should, too,” they added. “When you have questions, turn to elections officials as trusted voices as they administer elections.”

Though the above Republicans have in one way or another acknowledged Trump’s eventual defeat, many in the GOP are hesitant, relying on Trump voters to see two Republicans win run-off Senate races in Georgia. Others have followed his line of questioning the legitimacy of the election.

Earlier in the week, Secretary of State Mike Pompeo, who is set to be the first U.S. secretary of state to visit an Israeli settlement in the occupied West Bank, said at a press briefing that his department would ensure “a smooth transition to a second Trump administration”, before walking the comments back in a Fox News interview.