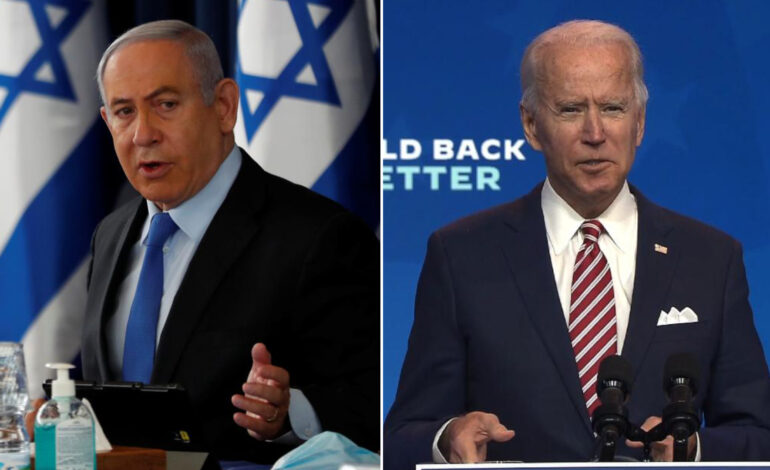 WASHINGTON, D.C. — Joe Biden had a “warm conversation” with Israel’s Benjamin Netanyahu over the phone on Tuesday. Netanyahu referred to Biden as president-elect in a statement after the talk.

Netanyahu had acknowledged and congratulated Biden’s electoral victory early on, but had refrained from calling him president-elect in public announcements. Netanyahu has been a close ally of President Trump, who has focused squarely on delegitimizing his election defeat by promoting unsubstantiated claims of mass voter fraud. Netanyahu simultaneously thanked Trump for his friendship towards Israel last week.

After Tuesday’s talk, Netanyahu’s statement said Biden “reiterated his deep commitment to the State of Israel and its security.”

Many in the Arab American community in Michigan who supported Biden and congressional and municipal Democrats in the general election have grown to accept the party’s unwillingness to tackle and acknowledge Israel’s humanitarian crimes in occupied Palestine in its platform, even when much of the global human rights community recognizes the issue.

Biden has in the past said further settlement building and annexation is a roadblock to peace and development of a “two-state solution.”

A summary of the call between Biden and Netanyahu is expected later on Tuesday.

Palestinian President Mahmoud Abbas received confirmation that Israel will hold fast to past agreements with his country. In turn Civil Affairs Minister Hussein al-Sheikh said on Twitter that “the relationship with Israel will return to how it was.”

Reuters reports that renewed Israeli-Palestinian ties could open the way for the payment of some 3 billion shekels ($890 million) in tax transfers that Israel has been withholding from the Authority, whose economy has been hard hit by the coronavirus pandemic.

Palestinian Prime Minister Mohammad Shtayyeh has said the cooperation is necessary to curb the COVID-19 related health crisis in the region, due to the hundreds of thousands of Israeli settlers who live in the West Bank, and the tens of thousands of Palestinian workers commute to Israel daily for work.

“Our life is so interconnected between us and the Israelis, and there is no way that we can fight viruses by ourselves only,” Shtayyeh said.