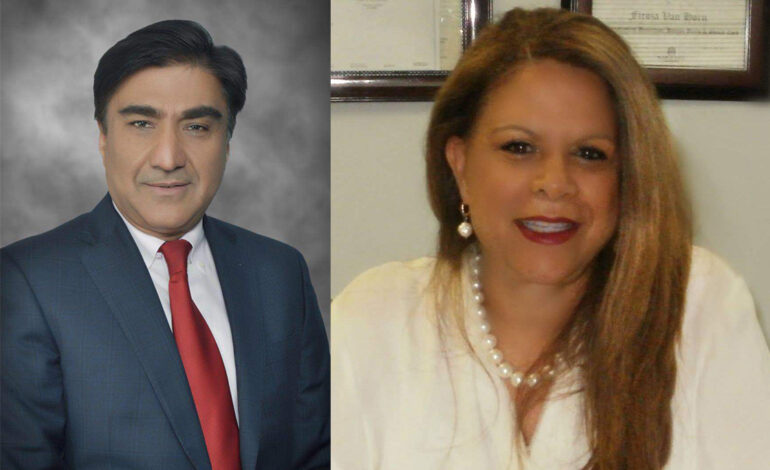 DETROIT — Two local doctors are being charged in a criminal complaint for their alleged roles in a fraudulent immigration scheme.

A psychologist and medical doctor are accused of creating fake medical diagnoses to help immigrants fraudulently obtain their citizenship.

“The allegations in this case are truly outrageous,” Schneider said. “And are a disservice to every immigrant who comes to America and becomes a citizen the right and honest way.”

FBI Special Agent in Charge David G. Nanz said that it’s expected for people to respect the laws of the United States.

“As Americans we look for those individuals seeking to become our fellow citizens to respect and follow the laws of our country,” he said. “We expect them to accept and respect our system of government and our naturalization process. And we expect everyone involved in the naturalization process to demonstrate the same good moral character required of immigrants applying to be U.S. citizens.”

According to the complaint, immigrants seeking citizenship must first successfully demonstrate the ability to read, write and use the English language, and demonstrate a knowledge of U.S. history and government. These requirements can be waived for immigrants who can prove that they are not able to meet the requirements because of physical or mental disabilities.

The complaint alleges that the two doctors helped immigrants obtain these waivers by diagnosing them with medical conditions they did not have, documenting tests that were never performed and prescribing unnecessary medication.

The complaint alleges that a witness had gone to Van Horn’s office and explained that they had been in a car accident. It is alleged that Van Horn then wrote a report diagnosing the witness with chronic post-traumatic stress disorder caused by being in a car accident, being held captive and assaulted by Sunni terrorists, being bombed, being jailed for a year by Saddam Hussein, being shot at at a bus stop with friends and being the lone survivor.

The complaint also alleges that Awaisi prescribed opioid painkillers to a patient even though the patient was not in pain.

The case is being prosecuted by Assistant United States Attorney Jonathan Goulding while being investigated by the FBI, United States Citizenship and Immigration Services (USCIS) and U.S. Customs and Border Protection (CBP).