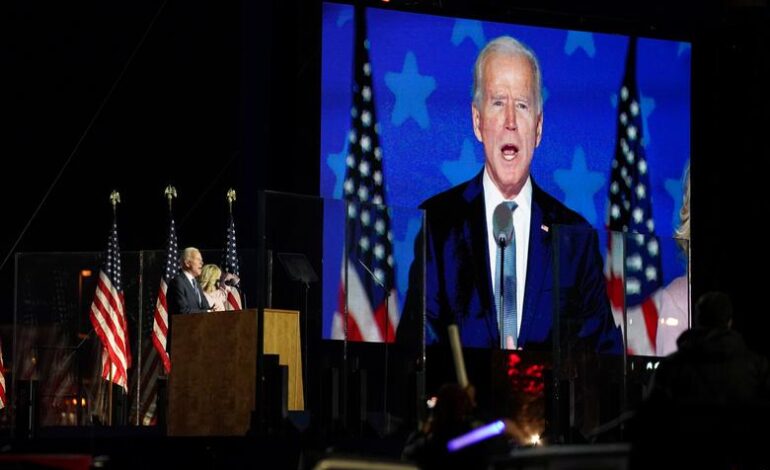 WASHINGTON, D.C. — Senior U.S. Republicans said on Sunday a transition to a Joe Biden presidency looks inevitable as President Trump questioned whether the Supreme Court would even hear any of the challenges his campaign has vowed to pursue.

Trump’s comments in a telephone interview with Fox News Channel came as Republican Senator Roy Blunt, chair of the congressional inaugural committee, said they expect Biden, a Democrat, to be sworn in as president on Jan. 20.

“We’re working with the Biden administration, the likely administration on both the transition and the inauguration as if we’re moving forward,” Blunt of Missouri said on CNN’s “State of the Union”, though he stopped short of acknowledging Trump lost the Nov. 3 election.

Governor Asa Hutchinson of Arkansas is one of a few Republicans to refer to Biden as the president-elect.

“The transition is what is important. The words of President Trump are not quite as significant,” Hutchinson told “Fox News Sunday”, adding that he understood the legal reason Trump is not conceding.

Trump used his interview on Fox News Channel’s “Sunday Morning Futures” to repeat the allegations he has made without evidence about widespread electoral fraud, claims that have been rejected by numerous judges.

But he expressed doubt as to whether the Supreme Court would hear an appeal of any of the cases he said his team is pushing.

“We have to move very fast,” Trump said of his legal challenges, while declining to offer a specific date by which he would consider his options exhausted.

He said he will continue to fight the results of the election, saying “my mind will not change in six months.”

In the nearest he has come to a concession, Trump said last week that if Biden is certified the winner when the Electoral College meets to tally results from the states on Dec. 14 he will leave the White House.

Biden won the presidential election with 306 Electoral College votes — many more than the 270 required — to Trump’s 232. Biden also leads Trump by more than 6 million in the popular vote tally.

Trump has so far refused to concede, while his campaign and legal team have lost dozens of lawsuits by failing to convince judges of election irregularities in states including Michigan, Georgia, Arizona and Nevada, all critical to Biden’s victory.

On Friday, in the latest legal blow to the Trump team, a federal appeals court rejected an attempt to block Biden from being declared the winner in Pennsylvania.