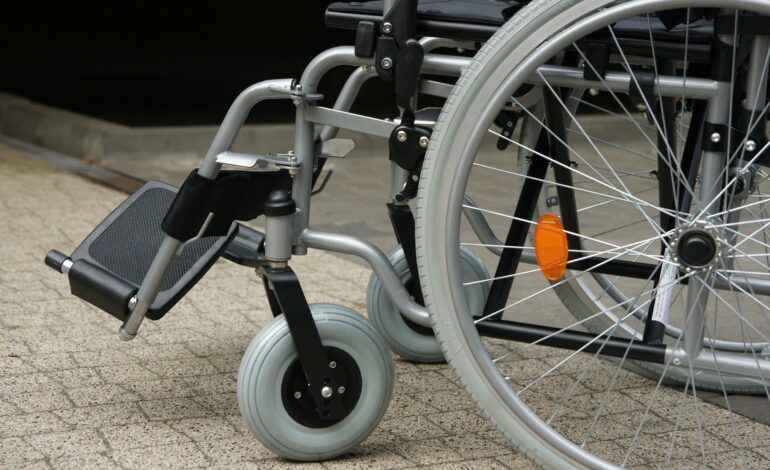 When it comes to diseases other than COVID-19, society doesn't show nearly the same level of concern for people with disabilities and chronic illnesses

The second wave of COVID-19 has arrived with a vengeance.

But there’s hope on the horizon. Pfizer and Moderna just announced their experimental vaccines proved more than 90 percent effective in clinical trials.

People in the highest risk categories — namely, healthcare workers and those with chronic illnesses and disabilities — will receive prioritized access to these vaccines. That’s as it should be. Putting them at the front of the line for a vaccine is a way to collectively acknowledge that their lives matter.

But unfortunately, when it comes to diseases other than COVID-19, society doesn’t show nearly the same level of concern for people with disabilities and chronic illnesses. In fact, many self-styled healthcare experts have proposed “reforms” that would limit these individuals’ access to treatments. That’s wrong, plain and simple.

By now, it’s well known that COVID-19 disproportionately harms people with pre-existing conditions and disabilities. Of the roughly 250,000 Americans who’ve lost their lives, 94 percent had another condition listed as a factor in their cause of death. COVID-19 patients with intellectual or developmental disabilities have died from the virus at roughly twice the rate of the general patient population.

Americans agree that the most vulnerable patients deserve priority access to COVID-19 therapeutics and vaccines. It’s time for people to recognize that these vulnerable populations deserve access to treatments for other conditions as well

These vulnerable patients could soon face even more challenges if health insurers listen to groups like the Institute for Clinical and Economic Review (ICER).

The influential non-profit has appointed itself as an arbiter of new drugs’ cost-effectiveness. The ICER recommends a “fair price” for medications based on the analyses it performs.

To conduct these cost-benefit analyses, the ICER uses a controversial metric called a “quality-adjusted life year” or QALY. A treatment that adds a year of perfect health to a patient’s life provides one QALY. And the more QALYs a drug generates per dollar, the more valuable ICER considers it.

In theory, QALY assessments provide an objective way to quantify a drug’s effectiveness — and ensure that patients, insurers and taxpayers are getting a good bang for their buck.

In other words, the ICER uses its QALY metric to devalue the lives and well-being of vulnerable populations. And the ICER’s clout cannot be underestimated. If it considers a drug to not be cost-effective, insurers may listen and deny the medication to those who need it most.

The dangerous consequences of the ICER’s pseudoscientific evaluations don’t end there. By placing such a low value on these treatments, the ICER discourages biopharmaceutical firms from investing in drugs that disproportionately benefit Americans with disabilities.

The ICER isn’t alone in signaling that drug companies shouldn’t waste their time on treatments for Americans with disabilities. The outgoing Trump administration is still pressing forward with its efforts to tie Medicare drug reimbursements to the artificially low price of drugs in Canada and Europe, where price controls have long restricted patients’ access to new medicines. If the administration’s changes were implemented, investors could pull the plug on research projects targeting rare diseases.

Americans agree that the most vulnerable patients deserve priority access to COVID-19 therapeutics and vaccines. It’s time for people to recognize that these vulnerable populations deserve access to treatments for other conditions as well.

Angela F. Williams is president and CEO of Easterseals, a leading provider of services for people with disabilities, veterans and seniors. This piece originally ran in the Times of Northwest Indiana.