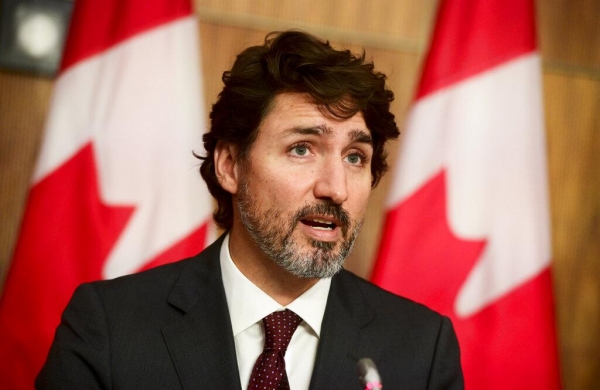 With COVID cases on the rise, Canadian Prime Minister Justin Trudeau announced that the Canada- U.S. border is expected to remain closed indefinitely.

OTTAWA, CANADA — With COVID cases on the rise, the Canada-U.S. border is expected to remain closed indefinitely.

Canadian Prime Minister Justin Trudeau said Tuesday that the ban on nonessential travel between Canada and the U.S. will not be lifted until COVID-19 is under control.

Every month since March, the border crossing restrictions have been extended.

“Until the virus is significantly under more control everywhere around the world, we are not going to be releasing the restrictions at the border,” Trudeau said. “We are incredibly lucky that trade in essential goods, in agriculture products, in pharmaceuticals is flowing back and forth as it always had, it’s just people not traveling, which I think is the important thing.”

Trudeau said that although President-elect Biden has a different approach to the pandemic than President Trump, the situation in the U.S. is serious. Nearly 400,000 people crossed the border each day before the closure in March and about 75 percent of Canada’s exports come to the U.S., which currently has more confirmed cases and deaths from COVID-19 than any other country in the world.

Trudeau also said that Canada was among the first to pre-order Moderna’s vaccine candidate.

Oakland County issues emergency health order requiring masks in school; parents protest in Macomb County after learning it will not be mandating masks